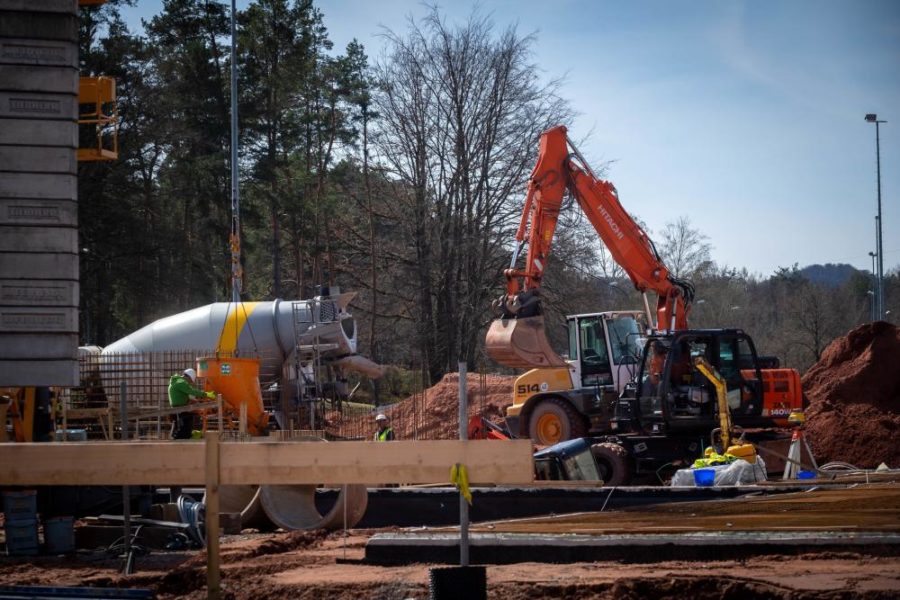 Although the overall military construction request decreased from fiscal 2022 to 2023, spending on infrastructure for the Air Force’s new intercontinental ballistic missile more than quadrupled.

In 2022, the department requested $2.38 billion for projects across its Active-duty, Guard, and Reserve components. This year, it’s asking for $2.26 billion total, a decline of nearly five percent.

Of that, $444 million is devoted to projects related to the asking for authorizations of $328 million and appropriations of $218 million for Ellsworth Air Force Base, S.D., related to the B-21. Ellsworth is slated to be the initial B-21 operating base and the formal training unit, or “schoolhouse” for the bomber.

Other major projects included in the ’23 military construction budget include $191 million for the Air Force’s planned divert airfield on Tinian, one of the Northern Mariana Islands. The airfield, projected to be completed by 2025, will serve as an alternative to Andersen Air Force Base in Guam—the 2023 budget requests funds for a parking apron, fuel tanks, and further airfield development.

There is also $141 million for Kadena Air Base, Japan, to build a hangar for Helicopter Rescue Squadron Operations and a Helicopter Maintenance Unit, as well as a “corrosion control facility for painting large bodied aircraft.”

Within the U.S., there is $125 million for Barksdale Air Force Base, La., to build “a Weapons Generation Facility to reconstitute nuclear capability,” as well as $100 million to extend a runway at Joint Base Elmendorf–Richardson, Alaska.

While funding for military construction is down slightly in the latest budget request, the money for military family housing increases, from a $441 million request in 2022 to $588 million in 2023.

Much of that increase is devoted to construction improvements, to fund “the combination of required maintenance and repair together with improvements to bring the unit to contemporary standards.” In 2022, the Air Force asked for $105 million for such improvements. In 2023, that figure is more than double, at $230 million.

Most of that $230 million is slated to go to privatized housing through the Military Housing Privatization Initiative.