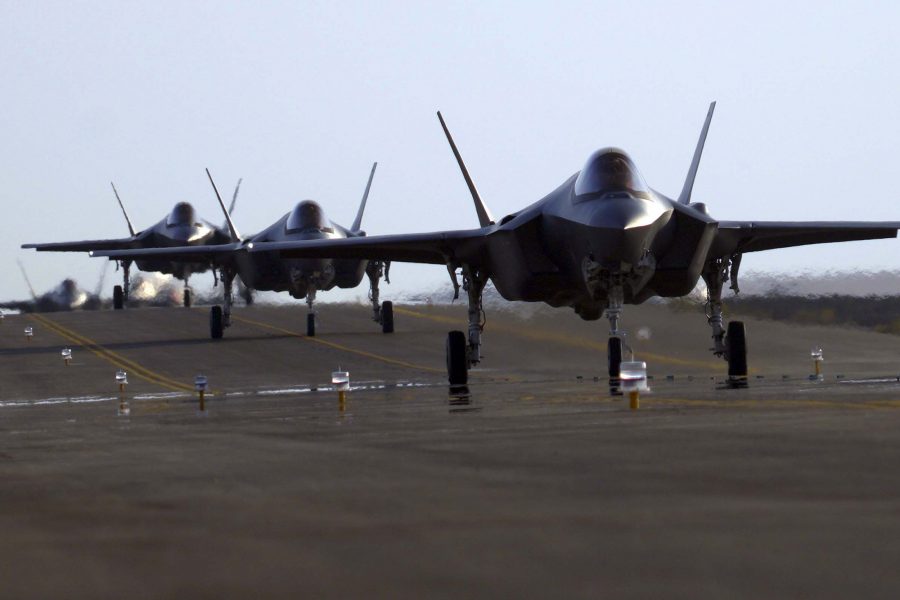 Congressional authorizers added 12 F-35s to the Air Force’s fiscal 2020 budget request, bringing it to 60 jets, and directed the service to provide an aviation force structure plan by March 1, 2020.

The National Defense Authorization Act, unveiled Dec. 9, also allows economic quantities to be ordered for some components supporting an F-35 multi-year procurement starting in fiscal 2021, provided testing shows the ordered components have been qualified. The total of these contracts can’t be more than $574 million, however, and the Secretary of Defense must certify that multi-year contracts offer adequate savings and technical risk is low.

The additional strike fighters are intended “to address an identified Air Force unfunded requirement and accelerate delivery of needed fifth-generation capability.” However, the bill withholds 25 percent of acquisition and sustainment funding until the service submits a report on improving the F-35 supply chain. The Air Force has in recent years only ordered 48 F-35s a year, because it wanted to wait for more advanced models and because of other priorities. Congress has added jets to USAF’s requests, as per its “unfunded priorities list.”

Last year, the service rolled out its “The Air Force We Need” white paper, which called for additional squadrons of fighters, bombers, and other aircraft, but it has yet to submit a force structure plan on how many, and what kind. The authorizers asked for an “aviation force structure acquisition strategy that aligns with the stated capability and capacity requirements of the … Air Force to meet the National Defense Strategy.” Service leaders have said they plan to submit this document around the time of the next budget submittal. In developing that acquisition strategy, the authorizers said the Air Force may not “deviate” from the NDS without a waiver from the Secretary of Defense.

The NDAA authorizes $440 million to buy some of the F-35As that were destined for Turkey, which is being expelled from the project, but the authorizers insisted the jets only be bought if they’re equipped with the mission equipment, spare parts, tech data, and other associated items that will allow them to work interchangeably with the rest of the Air Force’s F-35A fleet.

Authorizers gave instructions regarding the Autonomic Logistics Information System (ALIS) that manages F-35 logistics and repair, too. They directed the Secretary of Defense to conduct a “competitive analysis of the performance and design architecture enhancement efforts” between the current ALIS and the Air Force’s in-house “Mad Hatter” initiative, “including system technology transition opportunities and timelines.” Congress wants a report on that analysis by the end of FY ’20.

It also wants an itemized list of data comparing the sustainment costs of legacy aircraft with those of the F-35, and an evaluation of the F-35’s progress toward matching those earlier-jet costs. The report has to have a master schedule for the Block IV upgrade plan, an analysis of F-35 reliability and maintainability, and other reports, including a joint USAF-Navy F-35 life cycle cost estimate, along with an independent version produced by the Pentagon’s Cost Assessment and Program Evaluation (CAPE) shop.

Ellen Lord, the undersecretary of defense for acquisition and sustainment, is to “develop and implement a plan for achieving significant reductions in the costs to operate, maintain, and sustain the F-35 system,” the authorizers wrote.

Lockheed Martin, the F-35 prime, recently proposed a performance-based logistics plan to the Pentagon without which it said it can’t achieve the desired $25,000 operating cost per hour on the Joint Strike Fighter.