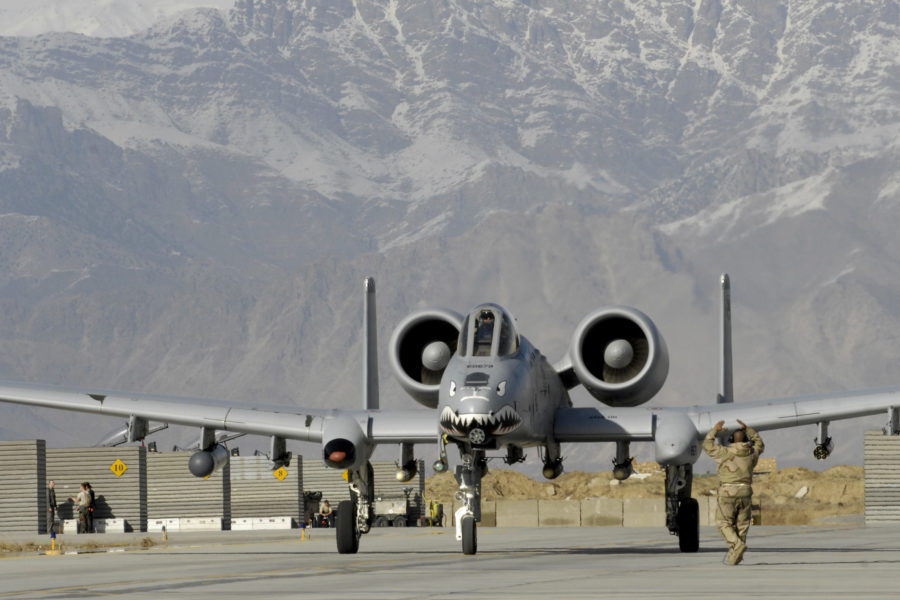 Airpower rapidly achieved America’s goals in the Afghanistan War 20 years ago, but a change in the mission led inexorably to this week’s chaotic exit, Air Force Association leaders said Aug. 17.

“Afghanistan will be long remembered as an unsuccessful ground war” that followed a “highly successful aerospace power campaign,” said retired Lt. Gen. David Deptula, dean of AFA’s Mitchell Institute for Aerospace Studies, in a message posted on the association’s website.

By late 2001, just three months after the 9/11 attacks, critical U.S. security interests in Afghanistan had been achieved, Deptula said, by partnering U.S. airpower with “a light footprint of special operations personnel” and the Afghan Northern Alliance.

“Neutering al-Qaeda and eliminating Afghanistan as al-Qaeda’s sanctuary were critical U.S. security objectives,” Deptula said, but “trying to turn Afghanistan into a democracy was not.” This, he said, was “the critical error of U.S. strategy perpetuated by four Presidents and 20 years of U.S. Army leadership.”

Aerospace power is also closing out the U.S. presence in Afghanistan, he noted: “A small contingent of security forces are holding the airport in Kabul, helping evacuate friends and allies amid an unfolding disaster.”

“Why did the U.S. pour hundreds of thousands of ground forces into Afghanistan over 20 years after U.S. vital security objectives were realized?” The question is not one of mere historical interest, he said, because “the answer illustrates the importance of clearly defining U.S. security objectives and acting rapidly and effectively, with the right amount and right kind of force, to achieve them.”

In a June op-ed for Forbes, Deptula wrote that Afghanistan suffered from “a serious case of mission creep. We evolved from a mission of unquestionable security rationale into one that was not ours to solve”—the transformation of Afghanistan into a modern, democratic nation-state.

“This mission creep will not be easy to admit, but it is necessary to recognize if we are to avoid similar outcomes in future conflicts. It also highlights the failure of the ground-centric, nation-building-via-a-land-occupation strategy embraced by U.S. Central Command and by a U.S. Joint Staff dominated by land warfare officers who did not learn—or relearn—the lessons of Vietnam.”

Deptula argued that the key capabilities for the U.S. military are intelligence, surveillance, and reconnaissance “to understand the threat” and to maintain “kinetic options against high-value targets,” and providing both these capabilities to friendly indigenous forces where appropriate. The fact that U.S. forces engage this way worldwide—and that people are generally unaware of it—“is proof of their effectiveness,” he wrote. “Threats are managed discreetly, challenging situations are kept under control, and U.S personnel are not subject to undue risk.”

Rapid global response and ISR are hallmarks of aerospace power, and “if properly understood, [it] should be the force of choice for U.S. national security leadership in the coming weeks, months, and years,” he asserted.

Retired Maj. Gen. Doug Raaberg, AFA executive vice president, said, “We do know this: America’s Air and Space forces are the most lethal arm of a more lethal joint force; they will be there when America’s vital interests are at risk and civilian authorities need them most.”

AFA President retired Lt. Gen. Bruce “Orville” Wright said, “How we reflect on what has passed, and what we learn from it, will say more about our future than it will about what got us to this point.” He urged that “we … never forget, and forever honor the courage and ultimate selfless sacrifice of America’s war fighters and their families.”