Minuteman Not Going Anywhere, For Now 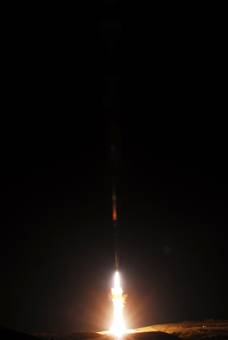 ymakers have not put forward a complete discussion yet of what land-based nuclear deterrence looks like in the 21st century, the commander of 20th Air Force told a Capitol Hill breakfast symposium April 15. Maj. Gen. Roger Burg, who oversees USAF’s fleet of Minuteman III intercontinental ballistic missiles, said, to date, no significant debate on the “tools of deterrence” has been conducted since the end of the Cold War. The 2001 Nuclear Posture Review started the dialogue and the concepts of a “new triad” were outlined in thelast Quadrennial Defense Review, but no substantive policy changes have been made yet. “What kinds of capabilities would be needed for this new century?” Burg posited to the audience. One constant that will remain in the US inventory for some time will be the Minuteman fleet, for which a significant modernization effort is about 80 percent complete, he said. The missiles now have new boosters, guidance sets, improved electronics, a new rocket engine, and improved bulkheads to mount the Mk-21 reentry vehicle from decommissioned Peacekeeper ICBMs, he said. The Air Force also is modernizing security at launch sites with the installation of remote visual assessment tools that allow all-day monitoring, Burg added. “It gives the flight security controller the opportunity to look at everything that is happening on that launch facility,” he said. One squadron has been fully equipped with the improved monitoring tools and six more are slated to be completed this summer. A successor to the Minuteman III is a bit murkier. “What would that capability look like? That’s hard for me to see right now,” Burg said. He did note that he imagines that such a capability would be faster and more precise, but not necessarily more destructive. It probably wouldn’t need to be, he said.