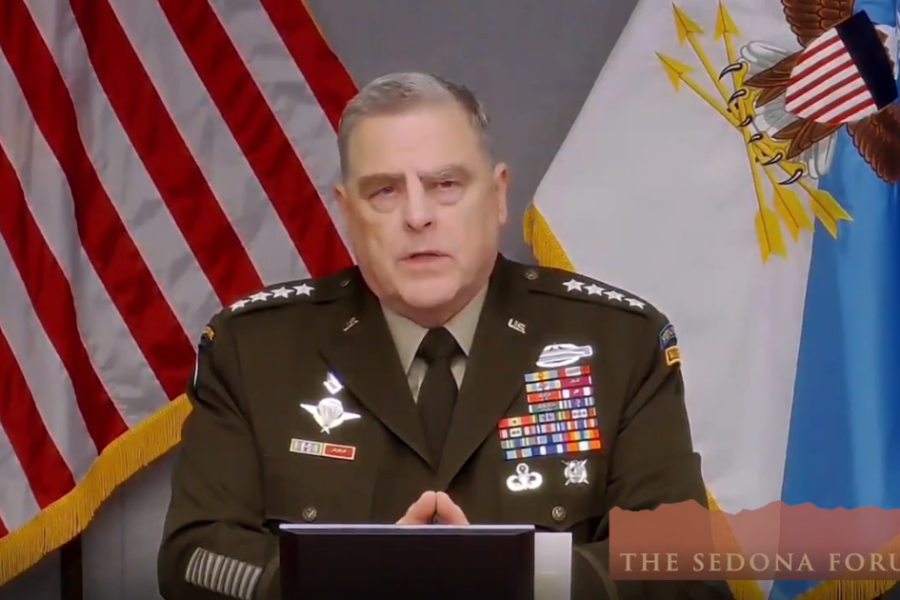 The military’s top uniformed officer said April 28 it’s difficult to predict what will play out in Afghanistan as Afghan forces prepare to take sole responsibility for the country’s security following the U.S. withdrawal.

“It’s not a foregone conclusion that there’ll be an automatic fall of Kabul, so to speak,” said Gen. Mark A. Milley, Chairman of the Joint Chiefs of Staff, during a virtual McCain Institute event. “I think that we, the United States, are going to continue to support diplomatic efforts to come to a negotiated outcome between the insurgents and the regime, and that would be best for the people of Afghanistan and best for our region.

“So, there’s a wide range of possible outcomes, and at this point, I [would] hesitate to guess to which one it will be because we have to wait and see as the situation develops in the months ahead.”

President Joe Biden announced April 14 that the full withdrawal of U.S. forces will begin May 1 and be completed by Sept. 11. Milley said Pentagon leaders have presented a “variety of options,” including leaving a larger force in the country. However, he noted, Biden is “the decision maker, so we present advice, we present cost, and risk, and benefits, and potential outcomes, and options. We give recommendations, of course, and then the President decides. And that’s what we’ve done. The President’s made a decision, and we’re going to execute that decision in good order.”

Milley said some of the potential outcomes are either “quite bad” or “not quite as bad.”

The worst case would be a collapse of the Afghan government and of the military, leading to a civil war and all the “humanitarian catastrophe that goes with it,” he said. On the other hand, the Afghan Army and police forces number about 350,000, and there is a government in place and “they have been engaged in counterinsurgency operations for some time against the Taliban.”

There also is a possibility al-Qaida will reconstitute in Afghanistan and Pakistan. The U.S. military will monitor them “from positions where we can gain access,” Milley said. “I’m not going to go into the details of how we’re going to do that, … but we have a lot of capabilities, the United States does, in order to track and then target enemies of our country.”