Skip to content
The Rolls-Royce F130 engine was selected for the B-52 re-engining in 2021. Rolls-Royce photo.
Expand Photo 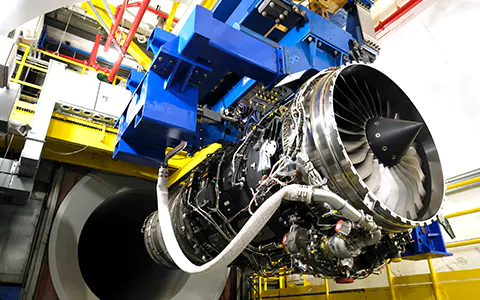 Air Force Secretary Frank Kendall thinks Congress will give the Air Force a bigger topline budget amount than it requested in fiscal 2023—and not a moment too soon, because a number of “mid-tier acquisition” programs are running out the clock and need a fresh funding stream, he said. He also warned that the need to speed up the program acquisition pipeline will inevitably cause “cost and schedule pickups” that are “unfortunately … the price we pay” to stay ahead of China.

“This year, the Congress is likely to provide a significant increase to the funding we asked for,” Kendall said at the Potomac Officers Club Air Force Summit on July 26, and “this will significantly reset our baseline for ’24.”

The long-term budget plan “we just built … is a starting point for discussions that will happen over the next couple of months” about the fiscal 2024 budget, he said.

“We don’t really know where we’re going to end up … but I think we’ll do well in [the] Department of the Air Force.”

That’s a good place to be because many important programs that were launched with new fast-track authorities from Congress as so-called “mid-tier acquisition” projects are running out their five-year clocks and need an infusion of funds to stay on course, he said.

“My intent … with the programs that I’m trying to fund, is to move towards fielding meaningful military capabilities,” Kendall said. “I’m not very interested in experimentation for its own sake. I’m prepared to accept risk and move toward engineering and manufacturing development of systems that lead to production … at scale.”

In reviewing the most essential projects, “I’ve found that a number of them are mid-tier acquisition programs,” which require that the system be fielded “within five years: Do development, get a couple of working prototypes, get them into the field, and then decide what to do after that.”

It was assumed that those programs would be funded for subsequent production, he said, but “most of them aren’t structured that way … A lot of them are only funded for that five-year initial [phase], so there’s no funding in the out years of our FYDP for those programs,” he said. A “high percentage … are not fully funded.”

Kendall didn’t list the affected projects, but among the 20 or so the Air Force is working on are hypersonic missiles, the B-52 re-engining program, F-22 upgrades, and satellites.

“So, what I’m doing in the budget this year is structuring things to actually get toward capability,” Kendall said, but he added: “There’s risk in that.”

He explained that “Back in a less-stressful time, we could take three or four years to do a risk reduction program first, demonstrate the maturing technology, and then commit to [engineering and manufacturing development] for production after that. I think the situation we’re in, if the risk appears to be manageable, and there are reasonable mitigations, we need to get on with it and get toward production.”

Skipping some of that risk reduction time means “there will be cost and schedule pickups as we go forward. But I’m afraid we’re going have to pay that price to get where we need to go.”

China, he said, is advancing rapidly, and there’s no time to waste if the Air Force is going to stay ahead, he said.

“One thing that has impressed me in the year that I’ve been back” in the Pentagon “is that the Chinese modernization program continues apace … The threat does not get less over time—it gets worse … And it isn’t just about the things they have … it’s what they see in the future.”

Kendall said he sees “increasingly aggressive moves by China” and that the “rhetoric coming out” of Beijing about Taiwan “is a little unsettling.”

While China “does have its problems” militarily, Kendall asserted, “its ambitions … are not going to diminish anytime soon.”

Asked what lessons Kendall thinks China might be learning from Russia’s invasion of Ukraine, he said he “hopes” the Chinese leaders recognize that aggression will bring “grave economic consequences” on the aggressor. He also said Chinese president Xi Jinping should appreciate that military forces don’t always “perform as you expected” and that ”what you think is going to be a short war doesn’t always end up that way.”

Beyond his oft-reported “operational imperatives,” Kendall said, he is reshaping the Air Force headquarters bureaucracy to restore “a science and engineering cadre that has atrophied over time.” While some changes are “inside baseball … others have a direct relationship to our effectiveness overall.”