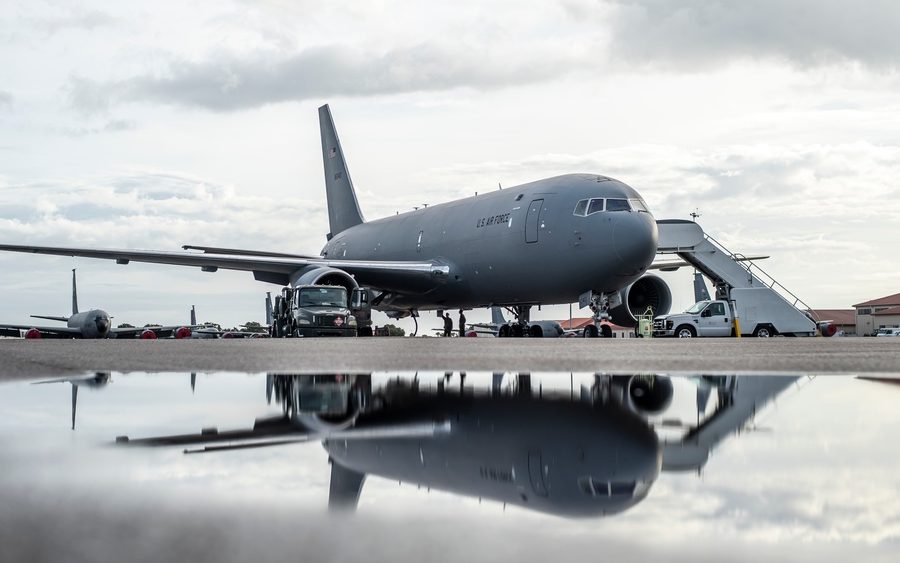 MacDill Picked as the Next KC-46 Base

The Air Force selected MacDill Air Force Base, Fla., as its next preferred location for the KC-46 on Dec. 21, setting up the Florida installation to receive 24 of the new aerial tankers in the coming years.

The KC-46 will replace Active-duty KC-135s currently at MacDill with the 6th Air Refueling Wing, the Air Force said in a statement.

“This basing action and the KC-46A Pegasus coming to MacDill is representative of the commitment to air refueling and airpower and what this does for our country,” Col. Benjamin R. Jonsson, 6th ARW commander, said at an event celebrating the announcement. “ … So to be able to do this for decades to come, it shows the importance of that refueling capability and what it means for our nation and our nation’s defense. And it means that it’s going to be happening right here from MacDill Air Force Base, by these Airmen and by the Airmen and service members and civilians that follow us. … We are excited for this big news at MacDill.”

MacDill’s selection comes over Fairchild Air Force Base, Wash., the other candidate location announced by the Air Force in May. A final basing decision is still forthcoming, dependent on the results of an environmental impact analysis, which is expected to be completed in the fall of 2023. Fairchild, tabbed as a “reasonable alternative” to MacDill, will also undergo an environmental impact analysis.

“The KC-46 mission factors that [the Pentagon] considered are central to what our partners do every day,” Rep. Kathy Castor (D-Fla.), whose congressional district includes MacDill, said at the announcement event, adding that she was “thrilled.”

The Air Force’s decision was also hailed by Rep. Scott Franklin (R-Fla.), who represents the neighboring district and joined a bipartisan group of lawmakers who sent a letter to the Air Force in June promoting MacDill’s candidacy.

“MacDill is the right choice for the KC-46’s new operating base,” Franklin said in a statement. “It is home to 33 mission partner units from all branches of service, including U.S. Central Command and U.S. Special Operations Command, making it an ideal setting for these aircraft.”

Fairchild, meanwhile, is still home to the Air Force’s only super tanking wing, with four KC-135 squadrons and 63 total aircraft. In statements, however, lawmakers from Washington made their displeasure with the KC-46 decision clear.

“I am incredibly disappointed with this decision, as the Air Force has once again chosen to overlook the clear capacity, location, and personnel advantages that make Fairchild the absolute best location for Main Operating Base Six,” Sen. Patty Murray (D-Wash.) said in a statement. “Let’s not mince words, the Air Force has made the wrong choice with regard to stationing our next generation of refueling tankers—and I want to know how this decision was reached.”

Rep. Cathy McMorris Rodgers (R-Wash.) added, “I am disappointed to hear that Fairchild Air Force Base was not selected to be the next home of the KC-46 tanker fleet. While this is not the news we were hoping for, I have no doubt that Fairchild will continue to serve as a center of excellence for the KC-135 fleet and play a critical role in refueling missions.”