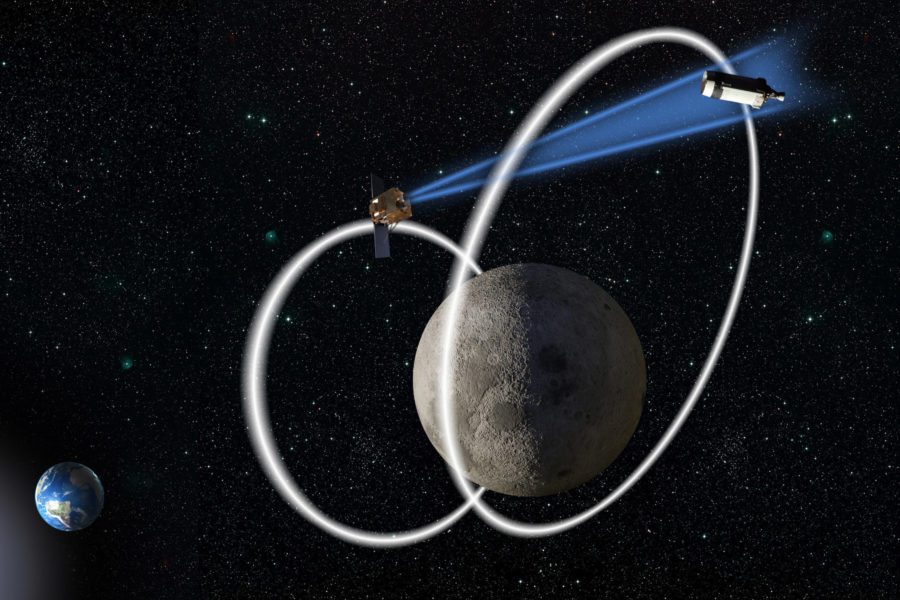 A cubesat sent to blaze a trail for NASA’s next space station arrived in lunar orbit Nov. 13—the first cubesat known to ever have done so—after a voyage that proved tense at times. Meanwhile, the small company that created the tiny spacecraft secured a new deal with the Air Force Research Laboratory to demonstrate more activities near the moon.

Owned and operated by Advanced Space and built by Terran Orbital, the CAPSTONE cubesat—short for Cislunar Autonomous Positioning System Technology Operations and Navigation Experiment—launched June 28 via Rocket Lab on its NASA-backed mission. It’s intended to demonstrate the unusual near-rectilinear halo orbit envisioned for NASA’s Gateway, a future moon-orbiting station conceived as a place for astronauts to transfer from their transport ship to a landing craft that would take them to the moon’s surface.

Trying out the trajectory will help to hammer out aspects of mission design, navigation, and operations in the elongated orbit, which NASA says has never been attempted.

The insertion maneuver to place CAPSTONE into its orbit represented “the most critical event of the entire mission,” said Advanced Space CEO and CAPSTONE principal investigator Bradley Cheetham in a news release. Two “clean-up maneuvers” were planned for the five days following the orbit insertion to “refine” CAPSTONE’s orbit, according to NASA.

While the insertion maneuver was considered most critical, it likely wasn’t the scariest moment in the mission, as controllers lost contact with CAPSTONE early on.

Advanced Space already had an agreement to freely share data from the CAPSTONE mission with the Air Force Research Laboratory. Then AFRL’s Space Vehicles Directorate announced Nov. 10 that it had awarded the company a $72 million contract to take part in the development of the lab’s Oracle spacecraft targeted to launch in 2025 (until recently called the Cislunar Highway Patrol System, or CHPS).

The contract is “to demonstrate space situational awareness, object detection, and tracking” near the moon to support “a resurgence of interest in lunar exploration and development across civil, commercial and international space agencies,” according to AFRL’s announcement.

Space Force Gen. John W. “Jay” Raymond said earlier this year that he thought the U.S. would need to be able to surveil the space relative to the Earth and moon within five years, and space domain awareness is part of Air Force Secretary Frank Kendall’s No. 1 “operational imperative”: to “define resilient and effective space order of battle and architectures.”

Both the CAPSTONE and Oracle spacecraft have secondary missions. Advanced Space plans to also test navigational software, and Oracle will demonstrate a green propellant and refueling port being developed by AFRL.