Skip to content
The LRSO is the second attempt to replace the AGM-86 ALCM. The AGM-129 (shown here) was a stealth nuclear cruise missile that was retired in 2010 and all units destroyed in 2012. USAF photo.
Expand Photo 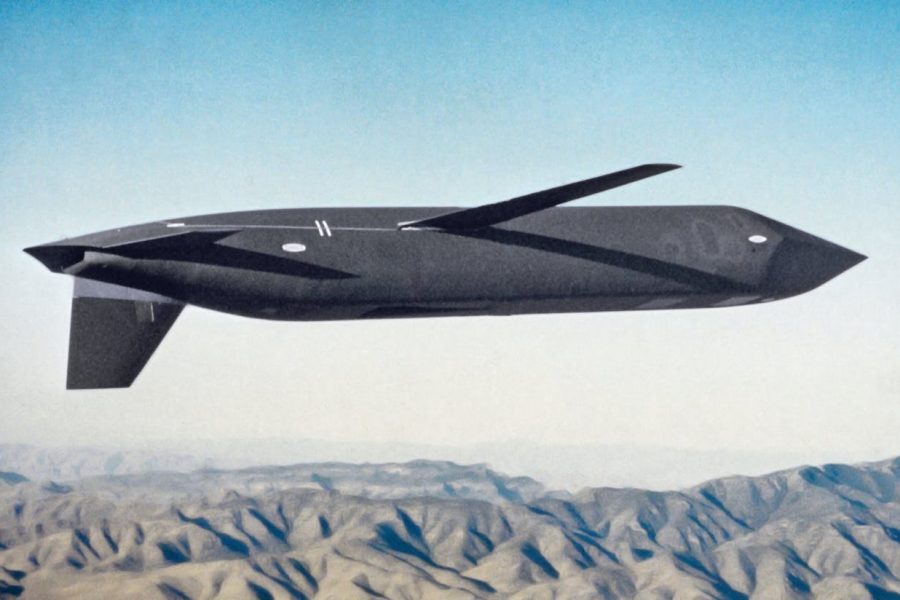 Lockheed May Still Play a Role in Upgrading Raytheon LRSO, Once it’s Operational

Lockheed Martin may be out of the running to be prime contractor on the stealthy, nuclear Long-Range Standoff missile, but it may still have a potential role in future upgrades of the operational system through sensors or other aspects of the program, Air Force officials said.

The Air Force announced on April 17 that Raytheon Technologies’ LRSO, which will be designated AGM-181 in operational service, will be the sole design to proceed further into development. The service cautioned, however, that the program likely won’t reach the engineering and manufacturing development phase for another two years. Lockheed and Raytheon have been competing since 2017 on the design of LRSO, which will replace the nuclear AGM-86B Air-Launched Cruise Missile. The very-low-observable missile will equip the B-52 and B-21 bombers as part of the bomber leg of the nuclear triad starting in the 2030s.

While Lockheed’s missile design won’t go forward, the spokeswoman said the Air Force is “reframing” some of the company’s efforts on “specific technology maturation,” which the service thinks “has future applicability and/or will reduce future overall program risk.” This work includes drawing on Lockheed’s “expertise in sensors, and nuclear certification and surety,” she said. The Air Force’s initial statements suggested the company would have no further role in the project, but the service now says Lockheed’s effort will focus on a “close out” of its involvement.

“Lockheed is not involved in Raytheon’s contract,” the spokeswoman explained on April 21. “Any decision to integrate Lockheed’s technology would be based on future upgrade needs for the deployed weapon system.”

Asked why the Air Force opted to focus on just one contractor now, more than a year before the technology maturation and risk reduction phase is over, the spokeswoman said it was a good point to do so, “upon completion of preliminary design review and assessment of each contractor’s likelihood of meeting the full program requirements on time.” This involved an “extensive evaluation of contractor programmatic and technical progress.”

While “it was not the plan all along, the decision was consistent with the approved acquisition strategy, which included provisions for this potential situation,” she said. Lockheed’s version of LRSO went through preliminary design review in October 2019.

The service expects to “execute to the current schedule for all milestones,” the spokeswoman reported. “Plans are underway to determine if any acceleration might be possible.”

Any discussion of why Raytheon’s design is deemed more mature or advanced than Lockheed’s is classified, but the spokeswoman emphasized that termination of Lockheed’s LRSO development role is not a “termination for convenience” of the government and it’s not due to any failure to perform by Lockheed.

“Lockheed Martin has been an excellent contractor and partner throughout” the technology maturation and risk reduction effort “and this pivot to Raytheon does not represent a lack of effort or commitment on [Lockheed’s] part,” she said. Asked if Lockheed will receive the full $900 million called for in the 2017 risk-reduction contract, she explained that, “Lockheed was paid for work performed to date … This early off-ramp of a contractor is completely in line with the existing LRSO acquisition strategy, which included periodic reviews to assess contractor designs.”

There will be no termination fee. Lockheed will “receive close-out funding for its remaining TMRR contract until it ends—anticipated end of April 2020,” the Nuclear Weapons Center said.

The Air Force is “exploring opportunities to redirect funding to critical areas and potentially have some funding redirected” from the risk reduction phase to the engineering and manufacturing development phase, including flight tests, the spokeswoman said.

The missile will be designated the AGM-181 in operational service. Lockheed’s contender was the YAGM-180 and Raytheon’s was the YAGM-181. Under Defense Department nomenclature policy, a “Y” designation refers to a prototype system—as opposed to an “X” for an experimental system—and after a weapon’s operational introduction, the “Y” is dropped.

Air Force officials said the service is not contemplating a leader-follower production arrangement to deliver the AGM-181 faster once development has concluded, as it did on the stealthy AGM-129 Advanced Cruise Missile. On that program, General Dynamics/Lockheed developed the missile and McDonnell Douglas was brought on later to compete for a share of production, but the program was truncated before McDonnell produced any missiles. The AGM-129 was withdrawn in the late 2000s due to budget cuts and heavy maintenance costs/reliability problems.

The technology maturation and risk reduction phase of LRSO was extended to avoid those issues.