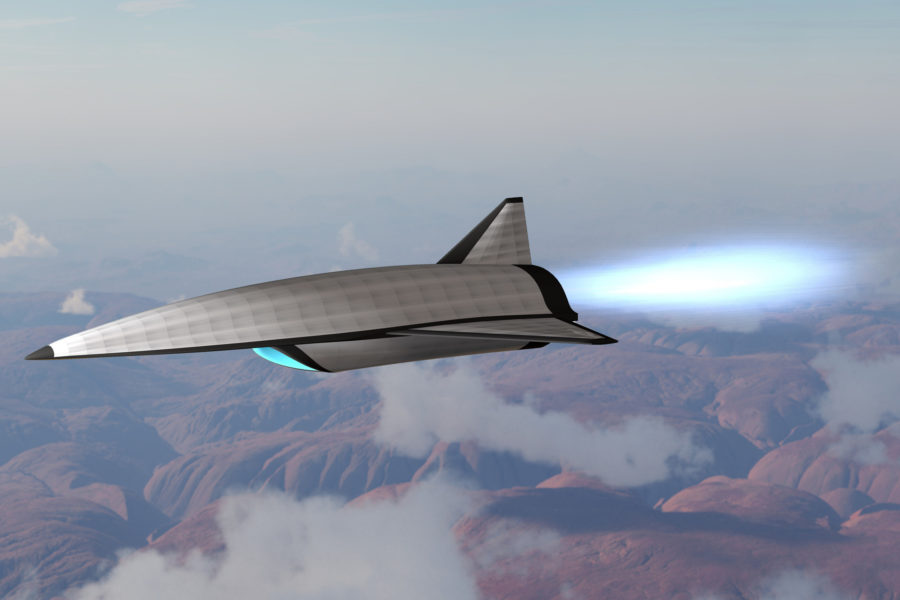 The Air Force awarded a $334 million contract to Leidos for Project “Mayhem,” the secretive program to develop a hypersonic weapons and sensor platform, the Pentagon announced Dec. 16.

Mayhem seeks to develop an air-breathing hypersonic system larger than the hypersonic AGM-183A Air-launched Rapid Response Weapon, or ARRW, and able to carry multiple payloads for both strike and intelligence, surveillance, and reconnaissance missions. Mayhem is intended to build the Defense Advanced Research Projects Agency’s Hypersonic Air-breathing Weapon Concept, or HAWC, among others.

The Air Force originally stated it would solicit concepts exclusively from Boeing, Lockheed Martin’s Skunkworks, and Raytheon, all companies with experience developing hypersonic technology. Leidos might be a surprise player, known primarily for information technology, cyber, and engineering capabilities, but having acquired Dynetics, which is designing the Army’s Long-Range Hypersonic Weapon program’s glide vehicle, it is now a major player in the field. Dynetics developed the GBU-69 Small Glide Munition as well as the GBU-43 MOAB.  Leidos beat out five competing offers to win the contract.

In a press release, Leidos said it will team with Calspan, Draper, and Kratos, which together will “forge partnerships between the government, industry, and academia to deliver the cutting-edge research and development needed to design and prepare a production-ready technical data package to produce prototypes.”

The press release also stated that Leidos will use digital and model-based systems engineering, following an Air Force focus that increasingly emphasizes digital engineering weapons development as a means of accelerating development and increasing precision in design.

The first stage of the Mayhem contract is a $24 million award to conduct the system requirements review and conceptual design review, according to the Leidos press release.

Roughly $8.7 million from the 2022 research, development, test, and evaluation budget will fund initial work; additional funds will come from subsequent budgets. Work on the contract is expected to conclude by Oct. 15, 2028, 70 months from now.