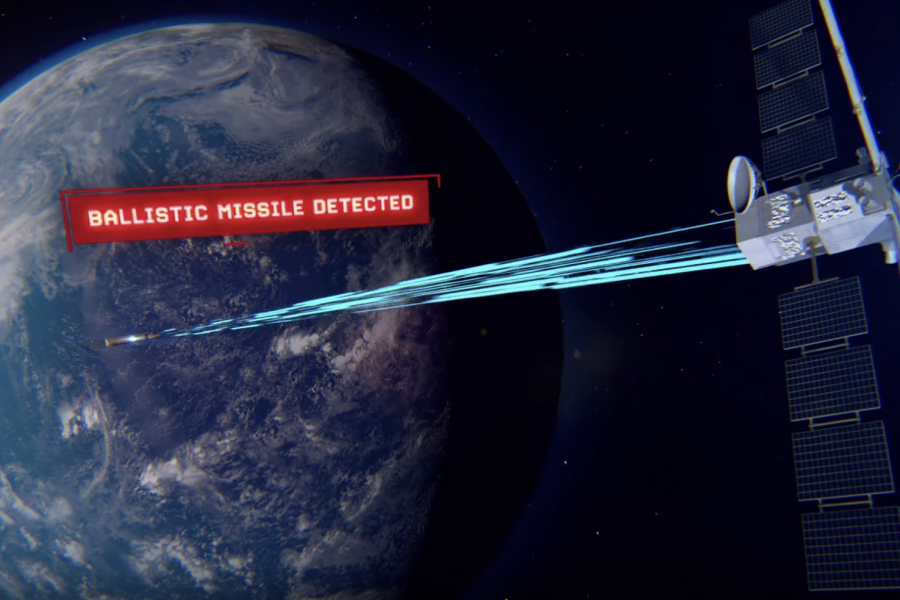 Congressional appropriators raised a red flag about the future of missile defense and related satellites in the joint fiscal 2020 spending bill, saying the multiple Pentagon offices working on those problems need to do a better job of bringing their ideas together.

“The Air Force, Missile Defense Agency, Space Development Agency, and others are planning to spend tens of billions of dollars pursuing various potential satellite constellations, with a variety of sensor types, constellation sizes, and orbits ranging from proliferated low-earth to geosynchronous and others,” lawmakers said in the bipartisan, bicameral appropriations bill released Dec. 16.

“The department has yet to synchronize or harmonize these proposals into a clearly articulated, executable, and affordable integrated enterprise space architecture.”

Central to their concerns is the Air Force’s future Overhead Persistent Infrared system, a satellite constellation that will warn the military about missile launches. It’s meant to replace the current Space-Based Infrared System.

Appropriators will give the program nearly $1.5 billion in 2020, $75 million above what the Air Force requested and more than double the money it wanted the year before, as the project’s total cost estimate grows by about $2 billion. Authorizers would have met the nearly $1.4 billion request, though House lawmakers wanted to cut about $376 million from OPIR funding.

Lawmakers acknowledged that the first phase of the OPIR program, which would put three geosynchronous orbit satellites and two polar satellites in space by 2029, is “an important near-term step for the missile warning mission.” But there needs to be a strategy that ties together USAF, MDA, SDA, and other assets in a holistic network.

That strategy should shape investment and planning decisions across the OPIR mission area, the bill said, lowering the “potential for inefficiencies, duplication, and unnecessary overlap.”

“The lack of an integrated strategy also risks missing opportunities to integrate sensors and capabilities to increase performance and improve survivability against increasing threats,” the bill said.

Legislation tells the defense secretary to create that strategy to define what that in-space architecture should be, how and who in the Pentagon should pursue it, the cost, and the timeline. The plan is due 270 days after the spending bill is signed into law, which is expected by the end of the day Dec. 20.