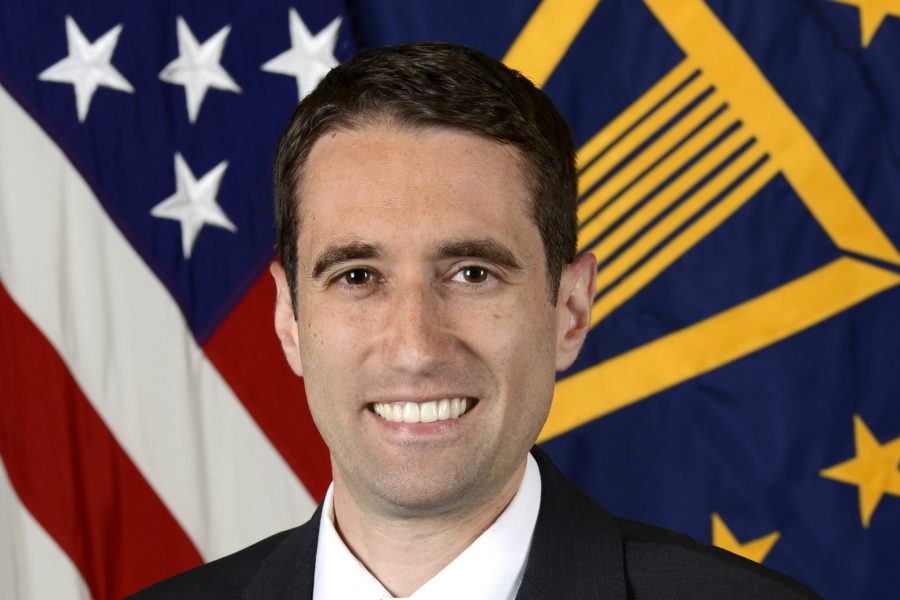 “We … need to lower the classification of what we’re doing,” Kitay told an AFA Mitchell Institute audience on Capitol Hill. Leaders like Joint Chiefs Vice Chairman Gen. John Hyten have been “clear that this needs to be updated” in order for the public and industry to “understand the threats we’re facing.”

Asked about the Air Force’s secret and idiosyncratic “pass-through” funds, which mainly pay for space activities but aren’t under USAF control, Kitay agreed transparency is needed there as well. It’s important that Congress and the public understand “these are the ‘air’ programs, these are the ‘space’ programs, and these are ‘other,’” he said. However, he deferred to the Pentagon’s budget experts to decide how the pass-through accounts could be rendered more transparent. Kitay cautioned that some things should remain classified because their release could cause harm to national security.

“As we bring things down” in classification, “we have to be deliberate about it,” he said, adding, “This is actively being worked.”

As Space Force takes shape, it’s clear to Kitay that “the wrong way to approach it, is, if there’s ‘space’ in the title, it automatically goes into the Space Force.” Each service is going to need in-house expertise to integrate space with their tactical forces, and understand “the importance of space to them.” They’ll need space experts in order to set requirements and know how to use space products and capabilities.

All the services need to work together to create “global constellations” of satellites, which need to then be brought “together in one service,” Kitay said. At the highest levels, “There’s agreement about the preponderance of these missions going into the Space Force. It’s the details that we’re now working through.”

Congress has given the Pentagon great latitude in setting up Space Force, Kitay said, but it wants to be included in the process, putting the Pentagon on a “battle rhythm” of reports to be submitted explaining how and what it’s doing. A package of needed legislation is due on Feb. 20, and by March 19, another report is due about how and whether to make the National Guard part of Space Force.

“There is tremendous talent outside the Department of Defense, in industry,” Kitay said, of people who “want to get involved.” The Pentagon is studying whether there are “new ways that we can approach talent management, … maybe in different ways than traditional structures allow.”

There is “more to come” on how the Total Force will be applied to Space Force, he said.

Kitay was asked about fighting in space, and insisted the U.S. is not seeking armed conflict in space. The U.S. will abide by treaties governing space militarization, but he noted that the 1967 Outer Space Treaty only prohibits “weapons of mass destruction” in space, while other treaties restrict military activities “on celestial bodies like the Moon.”

The debate has long been engaged, and “the challenge is … how do you define what a weapon in space is, and how would you verify it and know that others are following that definition?” Nevertheless, “at the end of the day, from a policy perspective, we are going to need an ability to protect and defend ourselves, and there’s a variety of ways to do that, and we’re going to need to stay ahead of the threat.”

Space Force is not about exploration, he said, and will only go beyond Geosynchronous or Highly Elliptical Orbit if the threat “goes there.”

In the meantime, Space Force will mainly be about assuring capabilities, such as “increasing resilience, proliferating, defensive, [and] reconstitution,” but the service must “also be prepared to deny an adversary hostile actions in space.” One of the reasons for Space Force is to cultivate experts “where this is a career, they are steeped in it, operators are thinking about this.” There’s a unique opportunity to have acquirers working hand-in-hand with those writing the doctrine, he said.

He said space leaders are also coordinating with allies, because “we never fight alone in any domain … Space will be no different.” With the allies, the U.S. is “setting objectives for the year ahead” about integration activities.

Kitay said creating the Space Force has opened up the opportunity to bring new thinking to the mission. What is to be most avoided, he said, is “submitting to bureaucratic inertia” and doing things “how we’ve always done it before.”

However, he emphasized that Space Force not become “just the Air Force, re-branded.”