Skip to content
King Aerospace has learned how to course correct programs gone astray and has the dedicated team to deploy those lessons.
Expand Photo 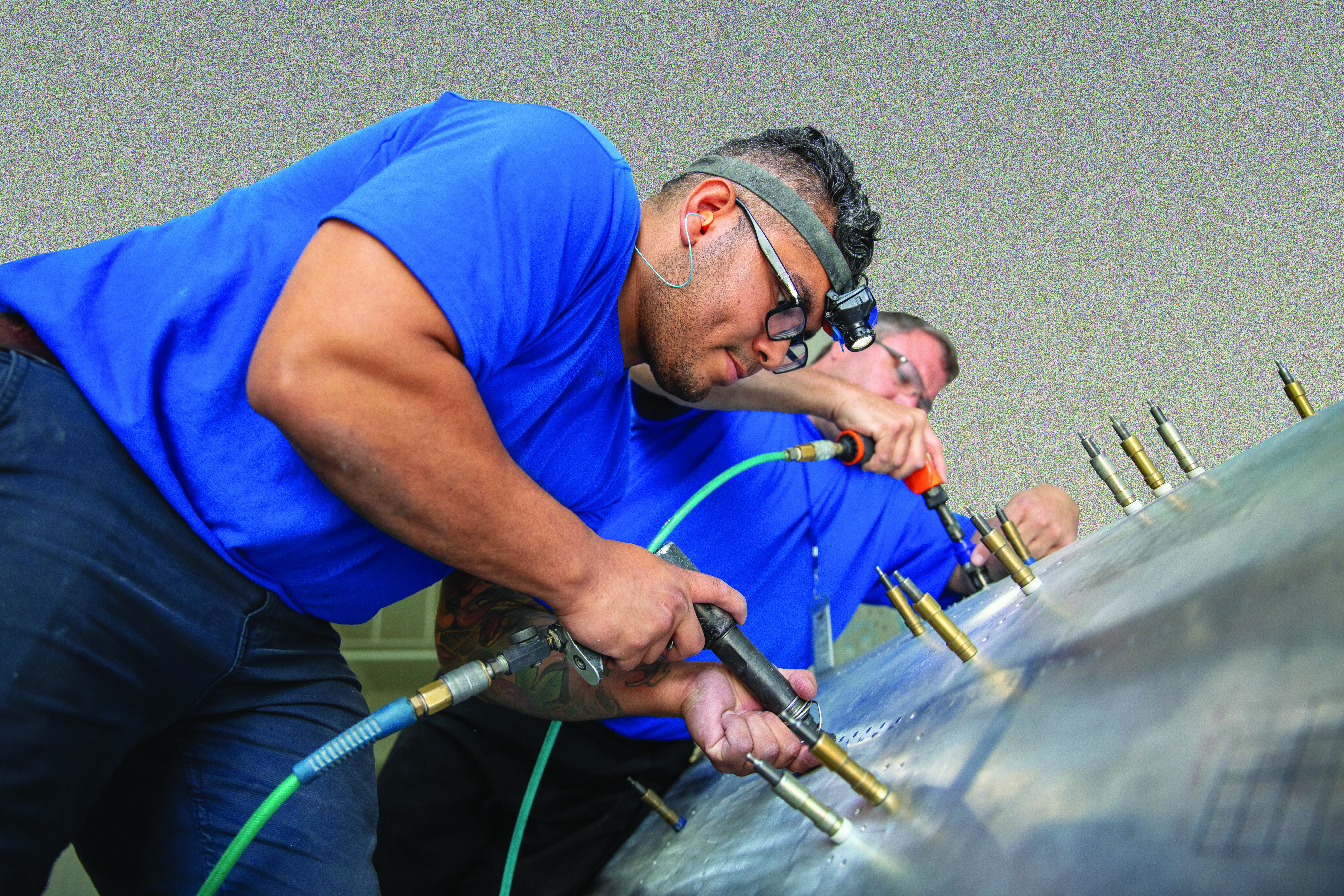 Gen. Norman Schwarzkopf famously said, “The more you sweat in peace, the less you bleed in war.” King Aerospace President Jarid King says that concept—doing everything possible to do things right the first time to prevent issues later—drives everything they do for the government and military. And, he says, it has since 1992 when his father, Chairman Jerry King, founded the company upon being awarded his first government contract.

“We keep the mission front and center,” says King. “Troops can’t fly if their aircraft are grounded because of a lack of parts or skilled technicians who can fix a problem or perform needed maintenance. What we do matters and has direct consequences for our brave men and women in uniform all over the world. We act on issues we encounter so they don’t get kicked down the road for others to deal with later.”

King Aerospace operates on simple principles with profound outcomes. Those include taking a proactive, no-excuses approach. Solving problems and delivering quality in everything. Serving as an honest, trustworthy team partner. As a result, King Aerospace has earned a reputation as the go-to “program fixer,” a company that can turn around troubled programs. It’s done it time and again.

“We frequently find ourselves at the receiving end of 911-type distress calls for contractor logistics support,” says King. “Turnarounds have become a specialty of sorts—taking a broken program and getting it back on track. Customers are so appreciative; we find it tremendously rewarding.”

How does King Aerospace reverse the performance of a program that’s taken a sharp turn for the worse? Without talking about where others have gone wrong, King’s management team shared lessons learned about how it makes things right. The secret appears to be its culture of accountability, based in servant leadership. King’s core principles and values don’t just chart the company’s strategic vision. They guide daily operations. People are held accountable, not just by management, but by their peers. Leadership at all levels and open communication support time-tested, proven methodologies that ensure seamless execution from concept to completion. Every aspect of program management gets the team’s full attention: resourcing, scheduling, monitoring, and controlling quality, cost, and risk. All take place in an environment of honesty, trust and respect.

Rising to the Challenge

In 2020, Sawyer oversaw explosive growth in the SEMA program. King’s oversight extended to include eight additional locations nationwide and five new international locations. Additional operations directly support efforts in four Department of Defense Combatant Commands: EUCOM, SOUTHCOM, PACOM, and AFRICOM. King accepted the responsibility to support 12 of these new locations in only 30 days. Sawyer was among the leadership team visiting the new domestic locations in person and, due to COVID-19 protocols, videoconferencing to virtually onboard more than 200 highly trained and specialized new hires.

“I’m surrounded by good people, and we had a good plan,” says Sawyer. “In order to create a feeling of family, you have to get out into the field, meet people individually, listen closely, and take action as needed.”

It’s only by recognizing and respecting one another’s strengths and weaknesses, Sawyer says, that people can come together as a strong, unified, high-performing team. Integrating team members from around the world includes a deep dive into our no-excuses culture and helping empowered team members understand their why, or their purpose. Sawyer continues to travel once or twice a month as part of his efforts to “listen to the field” and “lean forward.” You can learn more about his thoughts on King Kulture here.

Living a Life of Service

“We have quite a road ahead of us and an important mission that requires 24/7 support,” says Sawyer. “But it’s like being in the Armed Forces. This is a life of service. You figure out how to balance it all. You cherish your time with family. It’s sacred.”

“It takes humility and honesty to grow and improve,” he says. “Even with all the expansion and growth, we continually achieve wins. The evolution of this program has been challenging, but also immensely rewarding.

King Kulture expresses itself in different words, but the meaning mirrors much of the Navy’s philosophy. Threads of King’s “God, Country, and Family” extend back to the Navy’s unofficial motto—“Non sibi sed patriae,” or “Not for self, but for country.”

“Aircraft maintenance demands excellence, efficiency, and effectiveness for all customers, but especially the U.S. military and government,” says Greg Mitchell, King Aerospace vice president of government services. “We approach every project as mission critical and as a way to fulfill our patriot duty.”

The Air Force’s new trainer jet, the T-7A, has experienced issues with its ejection system in testing, forcing contractor Boeing and the service to re-baseline the schedule for the program and delaying production deliveries of the aircraft into the second half of 2024.