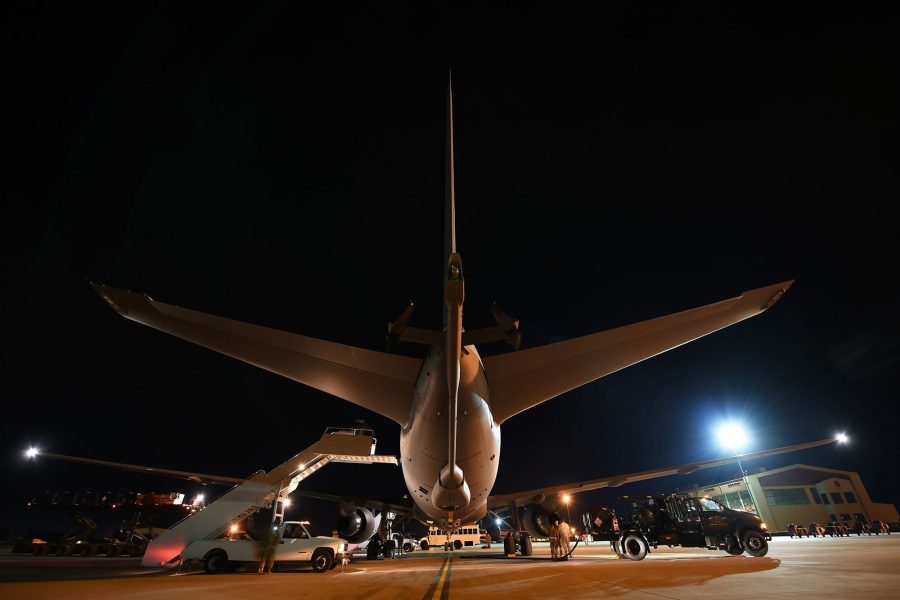 KC-46 Cargo Fix Expected to Be Complete by March

The Air Force expects to start installing a fix to the problem that is restricting the KC-46 from carrying passengers and cargo next month, once the proposed step finishes Federal Aviation Administration certification.

The service in September announced this newest “category one” deficiency on the tanker, centered on defective locks that hold cargo and passenger seats in place in the cargo bay. During multiple test flights, the restraints appeared to come unlocked. “These floor restraints prevent cargo and passenger pallets from shifting during flight, which might endanger the aircrew and aircraft,” Air Mobility Command said at the time.

Boeing conducted a root cause analysis, and redesigned the defective system, which is currently undergoing FAA certification. Once that is completed, the Air Force will retrofit KC-46s at a rate of about two airplanes per week, AMC said in a Nov. 22 statement.

The command expects the retrofit to begin in early December, and the work is slated to be complete by March 2020. Until aircraft are retrofitted with the certified redesign, they are still blocked from carrying cargo and passengers.

“Boeing is prepared to support the retrofit as soon as the Air Force is ready to proceed,” the company said in a statement.

The KC-46 is flying initial operational test and evaluation flights, but the service does not expect the tanker to finish the IOT&E test plan until other category one deficiencies are addressed. Specifically, AMC has repeatedly raised concerns about problems with the KC-46’s remote vision system, which will keep the plane from being able to deploy for three to four years, AMC boss Gen. Maryanne Miller has said.