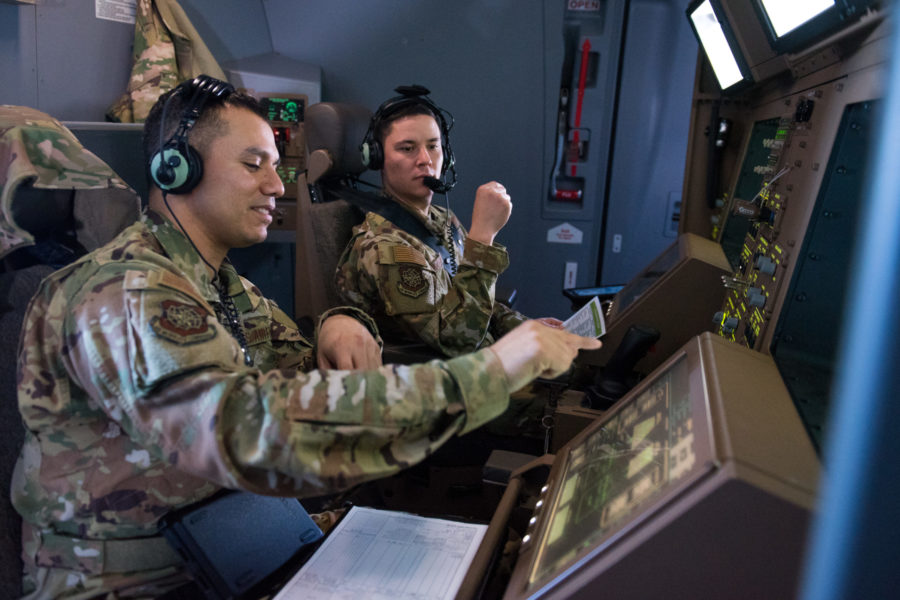 A feature in the advanced refueling system of the KC-46, designed to improve safety and ease the burden on boom operators, is not working as designed due to a software flaw, so the Air Force implemented a workaround as the service and Boeing wait for more pressing issues to be solved first.

The issue is with the aircraft’s Aerial Refueling Software, which has preset limits for different types of receivers—aircraft needing fuel—to control the boom’s independent disconnect system. Simply put, the system automatically selects the left/right and up/down limits for the boom to stay connected to a given receiver, and if the movement exceeds the envelope for that aircraft, the boom automatically breaks away to avoid damage.

However, the presets in the system are not accurate for each receiver, so boom operators, before each connection, have to override the automatic preset limits and input correct ones. The problem was a Category II deficiency on the KC-46 before the workaround was implemented.

“The Air Force is aware of the KC-46 receiver preset issue,” Air Mobility Command said in a statement to Air Force Magazine. “[AMC] implemented a workaround for boom operators to manually adjust the KC-46 Receiver Presets and closed the CAT II DR for Enhancement. The issue does not impact operational use of the boom, nor will it keep the aircraft from eventually being fully operational. AMC will address a long-term fix for this issue during follow-on upgrades once solutions are met for higher priority deficiencies.”

The issue is in addition to the broader problems with the aircraft’s Remote Vision System, which the Air Force and Boeing are working to replace after agreeing on a broad fix last year. Boeing, in a statement, said it is working “on a plan to address the issue in a future software revision. In the meantime, operators have a workaround to continue refueling operations.”

Air Force Magazine witnessed the workaround firsthand during a recent flight aboard a KC-46 during Air Mobility Command’s Mobility Guardian 2021 exercise, the first time an independent journalist has flown aboard the Pegasus.

The KC-46’s mission during the flight was to refuel four F-16s. As the first F-16 lined up to receive fuel, the boom operator prepared the refueling system, and the instructor on the flight inputted F-16 into the software. The controls are in a mostly black touchscreen on the lowest panel of the Aerial Refueling Operator Station.

The selection adjusts the green/yellow/red lines on the main monitor that shows the boom and the receiver aircraft trailing behind. The instructor then changes the individual settings to the correct ones, referencing a list of receivers. This changes the length of the color line on the RVS to the correct threshold for the receiver. The system then must be reset between each receiver, as the boom operator also changes the settings for how much fuel will be passed.

In the mission Air Force Magazine observed, after the first Viper, callsign Buzz 21, broke away, the instructor pilot repeated the process of selecting F-16 as the receiver and then again overrode the preset limits.

Boom operators said the workaround is not a big deal when there’s just one receiver, such as another tanker or airlifter. However, when there’s a flight of multiple aircraft, such as these four F-16s, the process takes a small amount of time between refuelings. Additionally, if there is just one boom operator on the flight, it takes attention away from this process, an issue that was alleviated in this recent mission by having the instructor handle the resets while the boom operator focused on refueling.

“KC-46 aircrew continue to familiarize and increase skills aboard the aircraft,” AMC said. “Their experiences and feedback are critical to identifying improvements in order to provide the best possible weapons system to the Joint warfighter.”

The Air Force and Boeing did not provide a timeline for a possible software fix, other than saying more pressing issues will be addressed first. One of the top priorities, the RVS 2.0 replacement, is expected to begin to be fielded in late 2023. This system is undergoing its preliminary design review, and AMC boss Gen. Jacqueline D. Van Ovost said “our boom operators have seen that work, and they are pretty happy with what they see. So, I’m cautiously optimistic.”

There are still four remaining Category 1 deficiencies on the KC-46, the most serious that could impact the safety of flight. Three of these are with the Remote Vision System that Boeing is addressing with the 2.0 version. The fourth is a “stiff boom” problem, which the Air Force will resolve by installing a redesigned actuator beginning in 2024.

In February, the service announced fixes to two other Category 1 deficiencies with the aircraft’s auxiliary power unit, with one downgraded to a Category 2 and the other solved. As of that time, there were 608 remaining Category 2 deficiency reports, down from 730 in June 2020. These are defined as “conditions that could negatively impact operations, but have acceptable workarounds. They can be characterized as test and evaluation, product quality, and/or specific to an aircraft’s acceptance process,” the Air Force said in a statement.