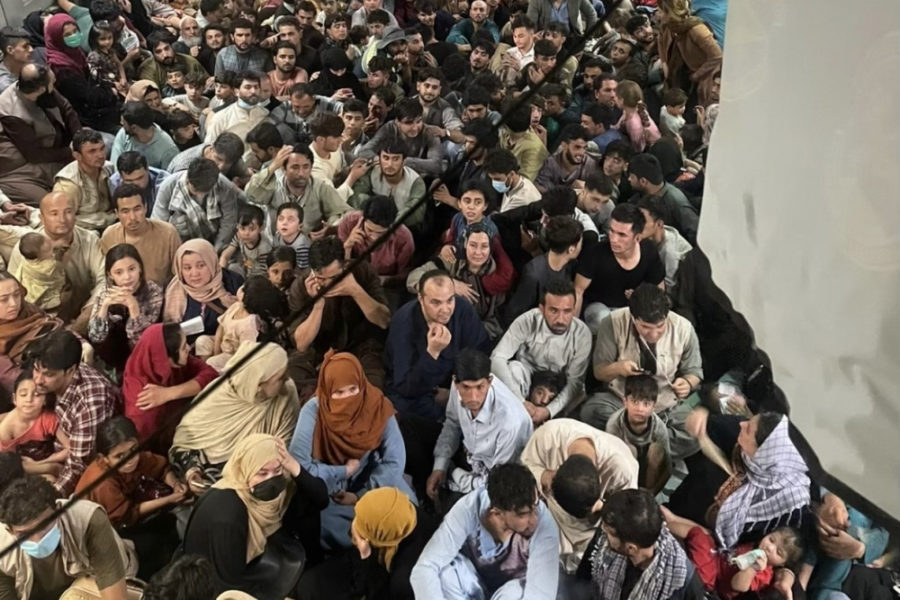 Kabul Evacuation Flight Sets C-17 Record With 823 On Board

The Aug. 15 C-17 evacuation flight from Kabul set a new record—by far—for the number of passengers carried on a Globemaster III flight at 823 people, a dramatic rise from the initially reported number on the flight.

The crew of the C-17, call sign REACH871 from the 816th Expeditionary Airlift Squadron at Al Udeid Air Base, Qatar, decided for themselves to take off from Hamid Karzai International Airport with the plane packed full of Afghan evacuees because of a “dynamic security environment” as the situation at the airport deteriorated.

A photograph of the flight, first posted on the unofficial “Air Force amn/nco/snco” Facebook page, has gone viral around the world showcasing the USAF airlift mission out of Afghanistan. Air Mobility Command, in a statement Aug. 20, said the initial count of 643 included only adults sitting in bus seats after the C-17 landed at Al Udeid. It did not include the 183 children sitting on adult laps.

Audio of a radio or other voice call between the C-17 and a control center posted online included a controller asking the aircraft, “How many people do you think are on your jet? Eight hundred people on your jet? Holy cow. OK. Hey, well, good job getting off the ground.”

The flight broke the previous C-17 record, set in November 2012 when 670 residents of Tacloban, Philippines, boarded an evacuation flight to Manila following Super Typhoon Haiyan. That flight was flown by a C-17 aircrew from the 535th Airlift Squadron at Joint Base Pearl Harbor-Hickam, Hawaii.

The C-17 typically flies with a maximum of about 300 people when outfitted for large passenger loads using pallets with seats.