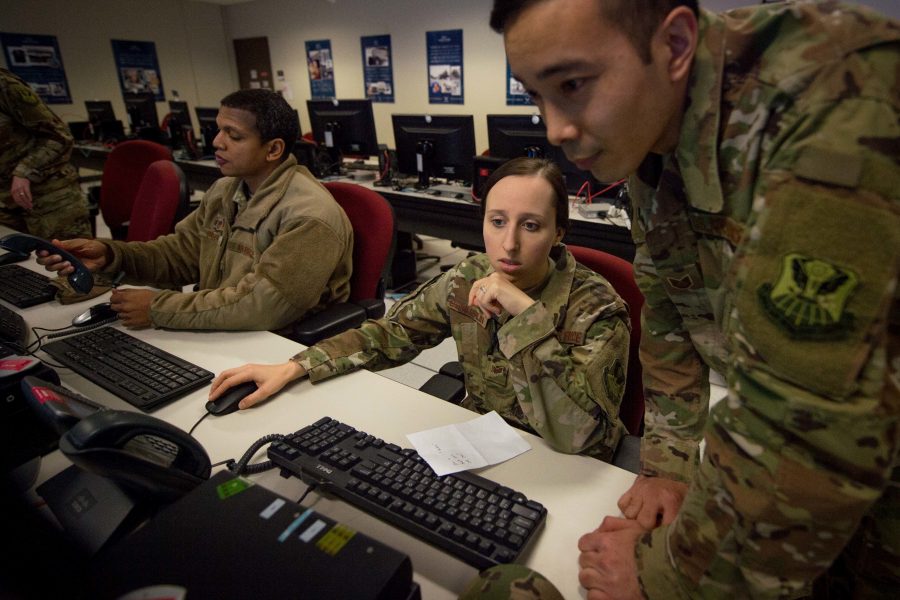 Aerospace experts and officials offered a peek into how joint all-domain command and control might begin changing the Air Force over the next few years, during the West Coast Aerospace Forum on Dec. 2.

Expect the upcoming fiscal 2022 and 2023 budgets to majorly accelerate combat networking demonstrations and related technology development, according to Lt. Gen. S. Clinton Hinote, the Air Force’s deputy chief of staff for strategy, integration, and requirements, during the event.

“Speed does matter,” Hinote said. “I think that will be a major theme of ’22, when we start talking about what we have already learned and how quickly we can get something to our warfighters that allows them to begin to realize the power that is involved in connectedness.”

Future budgets could include more funding for military exercises and test events that prove out new ways of connecting Air Force systems to each other and across the armed forces. They are also expected to put a greater emphasis on developing and buying the tools to make combat operations faster and less manual.

“This is the most critical thing we are going to do as a joint force to make ourselves more capable,” Hinote added.

Officials pointed to ways in which the connectivity push is already shaping existing programs. Tech demos are spurring the military to reprioritize certain upgrades to the F-35 Joint Strike Fighter, particularly within the Block 4 batch of new hardware and software, according to Brig. Gen. David W. Abba, director of the Air Force’s F-35 integration office.

“We’re going to see us building a better Air Operations Center,” Hinote added. “The technologies are there to make the operations center better. It’ll be better this time in ’21, than it is in ’20. … We’re going to have on-ramps and we’re going to have [Advanced Battle Management System] left-behinds.”

That refers to tools the Air Force tests in its command-and-control trials that it then decides to adopt for regular use. The Kessel Run software coding group writes new applications for the AOC and has helped modernize the system since 2017, and USAF is improving how the outdated system is used through training initiatives as well.

Tim Grayson, Strategic Technology Office director at the Defense Advanced Research Projects Agency, questions how to create an Air Force inventory that pairs more traditional aircraft with things like data-crunching artificial intelligence algorithms, autonomous drones, and cross-platform communications. He envisions that war could eventually entail, for example, a pilot picking apps that best suits their missions as they fly.

“We actually did a series of tests recently that combined everything as modern as Wi-Fi and some of the more modern tactical radio standards running in parallel to Link 16 and [Tactical Targeting Networking Technology],” Grayson added. “To the warfighter, it was seamless—just like they were using the internet.”

Heather Penney, a senior fellow at AFA’s Mitchell Institute for Aerospace Studies, cautioned that the Air Force will need to gradually work toward universal communications.

“The way that we are able to create the connective tissue between these diverse platforms comes down to mission integration tools,” she said. She pointed to two DARPA programs known as SoSITE and STITCHES that can help combat assets “talk” and delegate tasks.

“These are the kinds of technologies that we need to begin investing in and actually fielding in order to be able to pragmatically move the force towards JADC2,” Penney said. The military needs tech-savvy personnel as well to update software and wield weapons in new ways on the fly.

JADC2 is gaining steam across the Defense Department, as high-level officials finalize a framework for how the military should pursue more integrated operations together. But many caution the idea will fall short without backing from the Pentagon’s top civilian.

“Progress by each of the services needs to be at the top of the agenda of the next Secretary of Defense, so that in every weekly staff meeting, he or she turns to the collective service Secretaries and asks the question, ‘How are we progressing in accomplishing JADC2?’” said David A. Deptula, a retired Air Force lieutenant general and dean of the Mitchell Institute. “It needs to be coordinated.”

The West Coast Aerospace Forum is cohosted by AFA’s Mitchell Institute for Aerospace Studies, the RAND Corp., the Center for Strategic and International Studies, and MITRE.