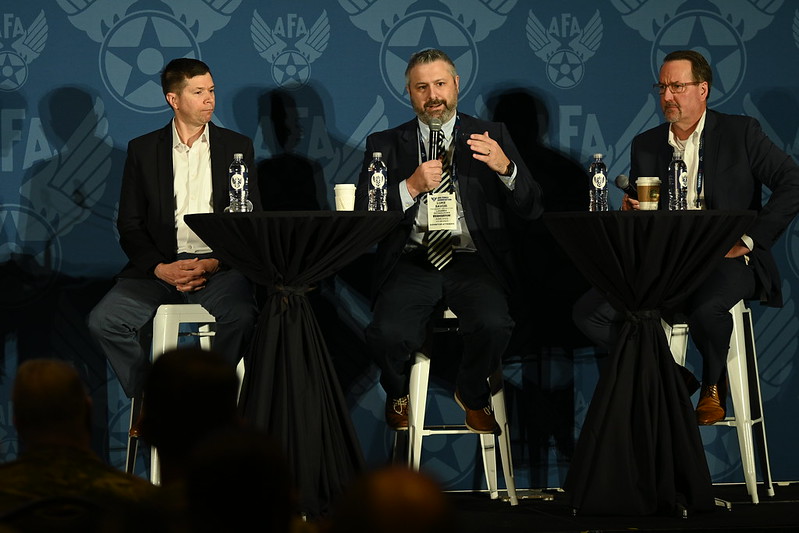 ISR Will Require AI, Resilient Networks, and Space Connectivity in Next Peer Fight

Multi-layered, resilient networks that can quickly reconstitute a data picture and artificial intelligence to process vast amounts of data are some of the key requirements for intelligence, surveillance, and reconnaissance systems in the next peer conflict, industry experts said at the AFA Warfare Symposium in Orlando, Fla.

Air Force Maj. Gen. Leah G. Lauderback, director of ISR for the U.S. Space Force, asked a panel of industry leaders from Elbit Systems of America, General Atomics Aeronautical Systems, and L3Harris Technologies to describe what a new ISR architecture might look like for contested and denied areas in a peer conflict.

“It’s going to require much more, I think, from a space capability looking down,” she suggested. “We also need to be looking up.”

Brad Reeves, director of C4I solutions at Elbit Systems of America, said the next ISR architecture must have AI processing to deny adversaries a centralized target.

“The sensors are going to have to do a lot of that work for you,” said Reeves. “They see something and make sense of it, and push a recommended action to us.” Reeves noted that the technology must be in place to connect all the sensors from ground, air, and space.

That means “ISR that can leverage the capabilities of autonomy in AI to be able to increase the speed of decision making, and also to be able to decrease the kill web timeline,” he added.

JR Reid, vice president of strategic development at General Atomics Aeronautical Systems, praised the move to add redundancy to space sensors in all layers, including near Earth, medium Earth, and geosynchronous orbit. But, he said, the next fight will require the ability to quickly move from one source to the other.

Reid warned you could be “drowning” in too much data, but the defense industry can leverage commercial applications available today to sift through it quicker and pull out the information for the warfighter.

Luke D. Savorie, president of the ISR Sector at L3Harris, said his company is preparing for a next-generation requirement in ISR that takes into consideration a space architecture facing new threats from adversaries. That means heavy investment on the sensor side, larger apertures with less weight and power usage, and more connectivity, including space avionics to create connectivity to get data from GEO and LEO orbits.

“We’re trying to get as high up in the air as we can,” Savorie said. “A lot of looking up.”