Skip to content
President Donald Trump on Jan. 9, 2020, said he had “suspicions” about what downed a Ukrainian passenger jet inside Iran shortly after Tehran’s missile attack on US forces in Iraq. Shortly after Trump spoke, Canadian Prime Minister Justin Trudeau directly blamed Iran for the incident, which killed 176 people, including 63 Canadians. US officials say an Iran fired Russian-made SA-15 missiles at the Boeing 737. White House photo.
Expand Photo 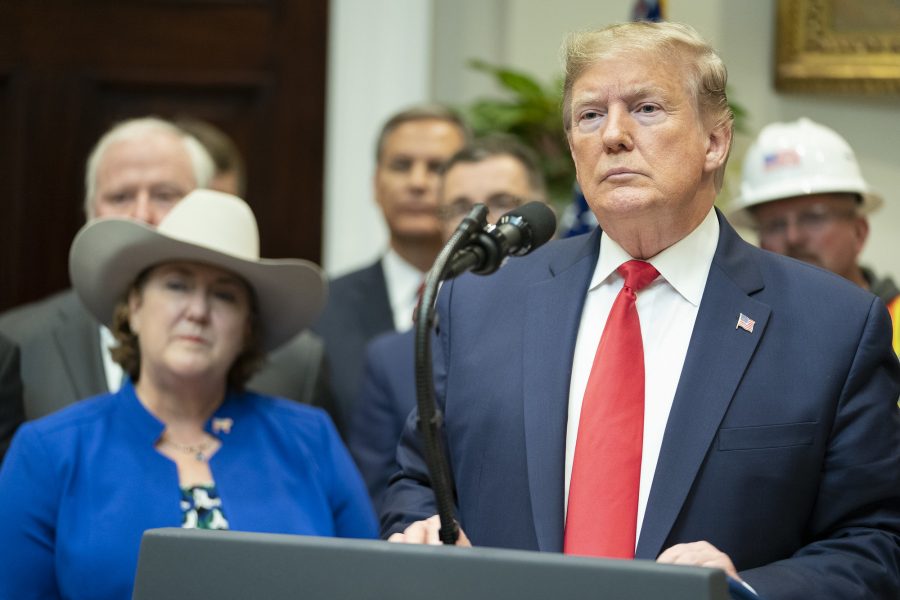 US and Canadian intelligence indicates that an Iranian surface-to-air missile brought down a Ukrainian civilian airliner the night of the Iranian ballistic missile attacks, officials from both countries said Jan. 9.

Iran was watching for a response from the US after the Jan. 7 missile attacks on American forces at Al Asad and Erbil, Iraq. The crash of Ukrainian International Airlines flight 752 shortly after takeoff near Tehran killed all 176 on board, 63 of which were Canadians. There were no Americans on the flight.

“We have intelligence from multiple sources, including our allies and our own intelligence. The intelligence indicates the plane was shot down by an Iranian surface-to-air missile,” Canadian Prime Minister Justin Trudeau said Jan. 9. “This may well have been unintentional.”

Trudeau’s comments come shortly after US defense and intelligence officials said the American Space-Based Infrared System detected the firing of a Russian-made SA-15 short-range surface-to-air missile system at the aircraft, according to the New York Times. The aircraft, a three-and-a-half year old Boeing 737-800, crashed into a neighborhood south of the Iranian capital.

Tehran was on alert for an American response at the time following its attack on American forces earlier that night.

President Donald Trump, speaking Jan. 9 at the White House, said he has “suspicions” about the circumstances of the crash, but did not directly assign blame.

“It was flying in a pretty rough neighborhood, and somebody could have made a mistake,” Trump said. “Some people say it was mechanical. I personally don’t think that’s even a question, personally.”

Also on Jan. 9, Trump expanded on US intelligence that led to the Jan. 3 targeted killing of Iranian Quds Force commander Qassem Soleimani. The drone strike at the Baghdad airport occurred shortly after Iranian-backed militias and protestors stormed the embassy in the city, and days after a militia attacked a US base in Iraq, killing a contractor.

“We did it because they were looking to blow up our embassy,” Trump said. “We also did it for other reasons that were very obvious. Somebody died, one of our military people died, people were badly wounded just a week before. And we did it. We had a short at him, and I took it, and that shot was pinpoint-accurate and that was the end of a monster.”

Iran said the missile attack was revenge for the killing of Soleimani.

There has been consternation in Washington on whether Soleimani did in fact have an “imminent” attack ready to go when he was killed, the original reason cited by top US officials such as Secretary of State Mike Pompeo for why he was killed. That doubt continued after senior intelligence and defense officials briefed Congress on Jan. 8.

“That man right now is not around any longer,” Trump said of Soleimani. “And he had a lot more than that particular embassy in mind.”