Skip to content
An artist's illustration of an Air Force B-52 Stratofortress carrying four hypersonic AGM-183 Air-launched Rapid Response Weapons. Developed by Lockheed Martin, the boost-glide weapon is propelled to a maximum speed of more than Mach 5 by a rocket motor before gliding to its target. Lockheed Martin illustration.
Expand Photo 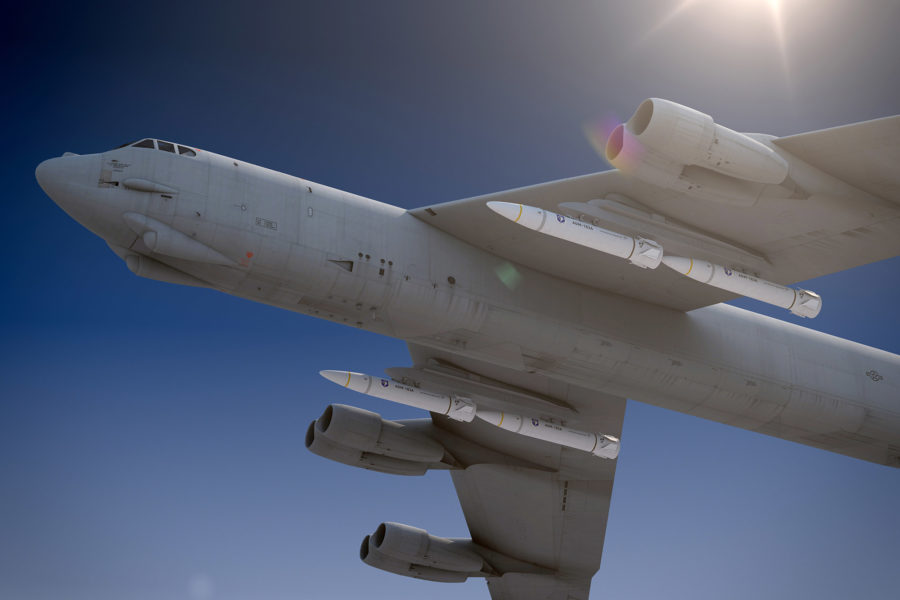 The Air Force accomplished a second free flight of its hypersonic AGM-183A Air-launched Rapid Response Weapon, or ARRW, in a test off the coast of California on July 12, the service announced. The test concludes the booster test phase of the program and clears it for operational testing later in 2022, USAF said.

The test marked the 12th time the ARRW had flown captively on a B-52 bomber and the second time it had successfully separated from the launch aircraft; it flew successfully in May. Three earlier attempts at test flights ended in failure, as the missile either failed to separate from the carrier aircraft or failed to fire a booster rocket. Those setbacks caused USAF to reduce funding for the program.

In the July 12 test, “The AGM-183 weapon system reached hypersonic speeds, and primary and secondary objectives were met,” the Air Force said.

A root cause analysis of the most recent test failure indicated that a loose wire prevented the missile from functioning as planned, service officials said.

The ARRW, four of which can be carried on the pylons of a B-52 bomber, is planned to be USAF’s first operational hypersonic weapon, one that can fly in excess of Mach 5. The two-stage missile is first accelerated to high speed by a booster rocket, at which point the hypersonic vehicle then separates from the booster and glides to its target.

Jay Pitman, vice president of air dominance and strike weapons at Lockheed Martin Missiles and Fire Control, which builds the ARRW, said, “This successful test underscores our shared commitment to develop and field hypersonic weapons on accelerated timelines to meet critical national security needs. I am proud of the strong partnership we have built with the U.S. Air Force, on this and other key programs.”

Lockheed Martin said the test “demonstrates ARRW’s ability to reach and withstand operational hypersonic speeds, collect crucial data for use in further flight tests, and validate safe separation from the aircraft to deliver the glide body and warhead to designated targets from significant standoff distances.”

Details of the July 12 test were not immediately made public.

The May 14 test—the first successful flight—was carried out by the 419th Flight Test Squadron and the Global Power Combined Test Force at Edwards Air Force Base, Calif. In that test, USAF said the ARRW separated from the launch aircraft and that the rocket burned for “the expected duration,” which wasn’t specified.

In the fiscal 2023 Air Force budget request, the services moved some ARRW funding to the Hypersonic Attack Cruise Missile, which is an air-breathing hypersonic weapon that will be smaller and capable of being carried on a fighter-sized aircraft.

Air Force Secretary Frank Kendall has downplayed the role of hypersonic weapons in the last year, saying that while they make good sense for China’s needs, USAF is better served by investing in less-costly, level-of-effort and standoff munitions that can affordably service the thousands of targets that would need to be hit in a widespread Pacific conflict.