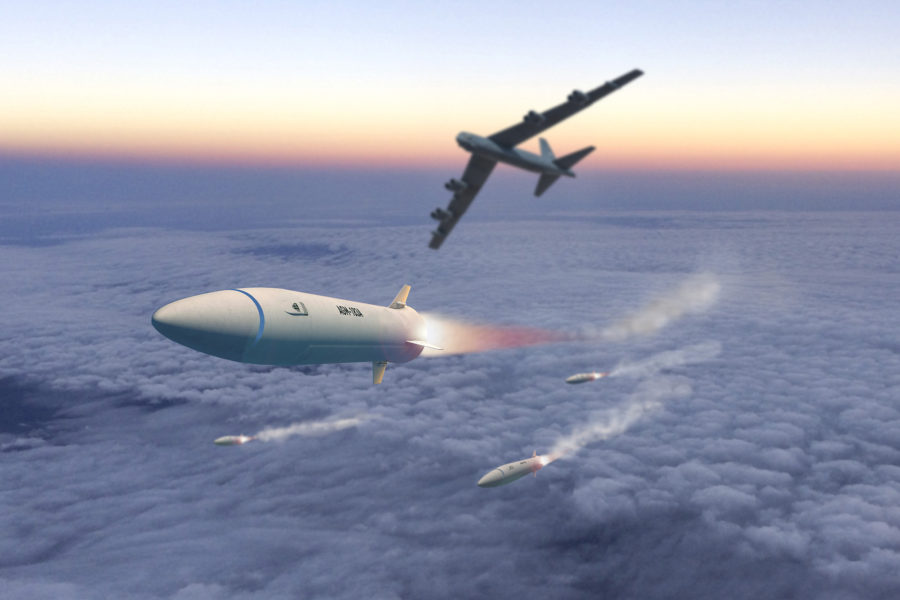 The first booster flight test of the Air Force’s AGM-183A Air-launched Rapid Response Weapon failed April 5. In a release issued April 6, the service acknowledged the failure is a “setback” for hypersonic progress, but said the test still provided “valuable information” for the program’s development.

The test, which was conducted at Point Mugu Sea Range, Calif., was supposed to be the first time ARRW fired its booster vehicle and flew on its own, but the missile did not “complete its launch sequence” and remained on the B-52H Stratofortress. The bomber then returned to Edwards Air Force Base, Calif.

“The ARRW program has been pushing boundaries since its inception and taking calculated risks to move this important capability forward,” said Brig. Gen. Heath A. Collins, Armament Directorate Program executive officer, in a release. “While not launching was disappointing, the recent test provided invaluable information to learn from and continue ahead. This is why we test.”

The long-anticipated test would have been the eighth flight test for the ARRW program, following seven captive carry flights. During the mission, the Air Force intended to demonstrate a safe release from the bomber, assess booster performance, booster-shroud separation, and simulated glider separation, according to the release.

Because the vehicle was able to safely land, the 419th Flight Test Squadron at Global Power Bomber Combined Test Force at Edwards will “explore the defect and return the vehicle back to test,” according to the Air Force. However, no timeline for this process was provided.

The ARRW arrived to Edwards via truck on March 1, and immediately went into ground test and checks. USAF officials originally said the booster flight test would happen in December 2020, a date that was pushed to March 1 and then to early April.

The Air Force wants to deploy the ARRW as its first hypersonic weapon in the early 2020s.