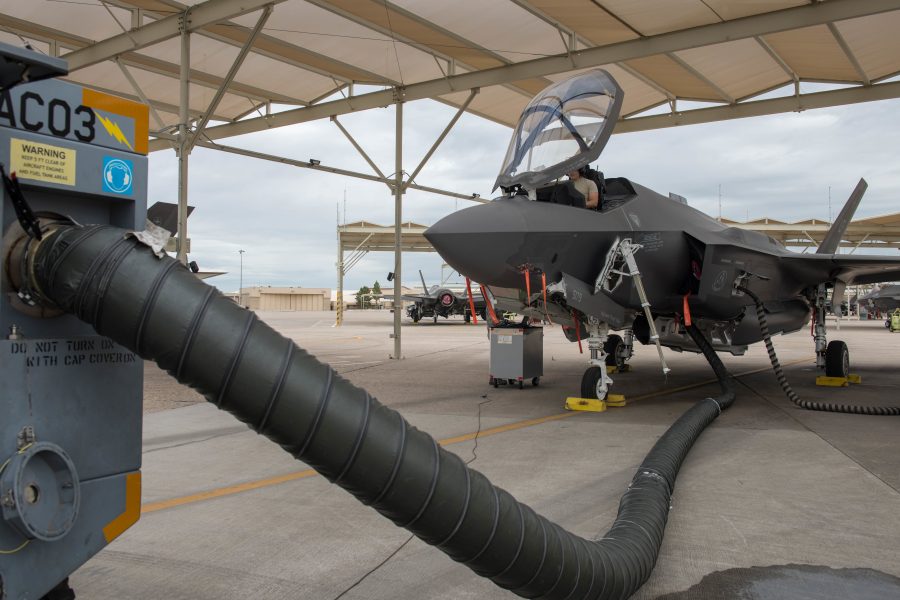 House lawmakers hammered Lockheed Martin for persistent problems in the F-35 Joint Strike Fighter enterprise during a July 22 hearing, as the defense giant declined to promise it would fully reimburse the Pentagon for defective equipment files.

At issue are electronic equipment logs (EEL), which act as digital medical records to show the history of the most crucial F-35 parts throughout their lifespans. The files help track when a part will fail, what parts are compatible with which planes, and more. Lockheed is trying to use logs only for 400 parts that need them, down from 1,000 parts that use them now, and grow the number of parts delivered with complete histories.

Log data can be corrupted in the process of being transferred from Lockheed to the Air Force, Navy, and Marine Corps, so military personnel must fill in those details themselves. The process slows down the time it takes to ready a jet for combat, makes human error more likely, and raises questions about the safety of a plane’s components.

“It’s not all associated with Lockheed Martin performance,” said Gregory M. Ulmer, vice president for the F-35 program at Lockheed. “I’m fully committed to supporting that continued engagement to resolve those issues going forward. I’m also committed to meeting with the Defense Contract Management Agency as well as the [F-35 Joint Program Office] to sit down and reconcile the concerns and adjudicate the cost appropriately.”

DOD spent up to $303 million from 2015 to 2018 on labor needed to ready parts for installation, and will continue paying about $55 million a year until the issue is resolved, said Theresa Hull, the Pentagon’s assistant inspector general. The company is in talks to pay back about $180 million of that sum.

Ulmer said Lockheed has spent $30 million to resolve related issues so far and has met with the Defense Contract Management Agency six times since early April. The contractor said it has approximately doubled the percentage of parts that arrive ready to install, and aims to have nearly all parts come with complete electronic files starting next year.

House Committee on Oversight and Reform Chairwoman Rep. Carolyn B. Maloney (D-N.Y.) argued Lockheed jeopardizes pilots’ trust by falling short of their contract obligations while people continue to fly the F-35. Even if a jet is missing logs for certain parts, it can still fly as long as those parts are not nearing the end of their lifespan or are not deemed necessary for safety.

The Air Force allows its F-35s to fly with parts that come with faulty logs, and are not ready to install, while the Navy and Marine Corps do not.

The military is looking into whether Lockheed received any bonus pay for delivering parts that weren’t ready for installation as promised, Fick said. He added that Lockheed can receive extra money even after the military fixes noncompliant logs itself.

Democratic and Republican lawmakers alike called on Lockheed to improve its performance under the Pentagon’s largest weapon system contract.

“If you want to avoid reputational damage, you need to rethink the terms of that contract and come back to the table and work something out that’s fair for the American taxpayer,” Rep. Stephen Lynch (D-Mass.) told Ulmer.

The Pentagon and Lockheed Martin are making a slew of fixes to the faulty Autonomic Logistics Information System (ALIS), the parts management enterprise that tracks F-35 components and electronic logs. Those tweaks have tried to improve accountability for parts that use ALIS, streamline data entry, and improve training for F-35 handlers.

ALIS will be replaced by a more advanced logistics system, named the Operational Data Integrated Network (ODIN), in the next few years. The Air Force plans to receive the first ODIN hardware in September. But Diana Maurer, the Government Accountability Office’s director of defense capabilities and management, warned that the military needs a clearer sense of what ODIN will do and who will oversee it to avoid the same mistakes made with ALIS.

Pentagon acquisition boss Ellen M. Lord said ODIN will cost about $550 million over the next five years, starting with coding work on three applications that enable the system. That money was originally slated for a different revamp of ALIS, but will now fund the move to ODIN.

Nailing down a cost-effective, easy-to-use sustainment enterprise is crucial to the F-35’s long-term success as the Pentagon continues to grow the fleet, which is valued at more than $1 trillion. Those efforts come as the military looks to grow the number of fighter jets that can quickly deploy into combat and shrink flight costs from $35,000 per hour.