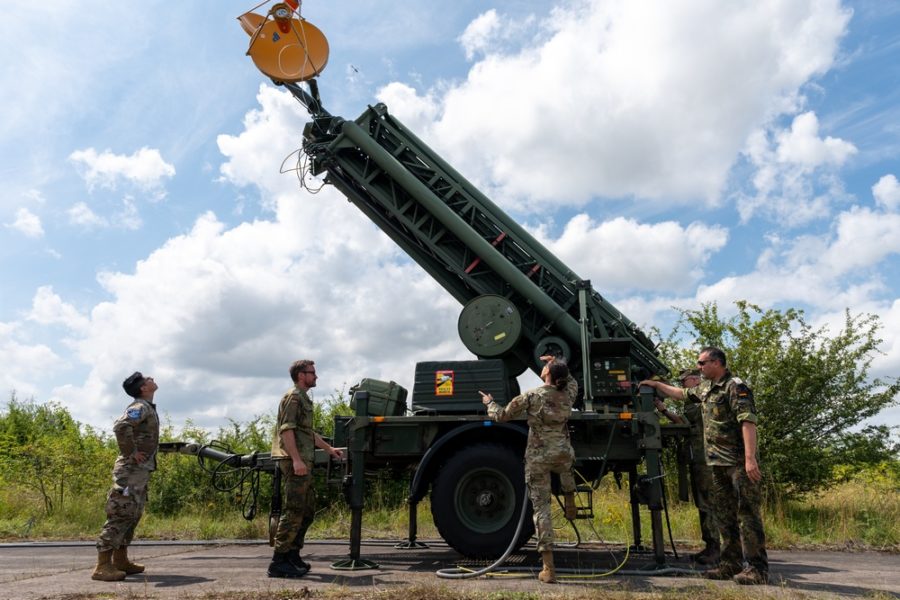 The House of Representatives’ version of the National Defense Authorization Act would call on the Air Force and Navy to provide a report next spring on how they’re going to accelerate the use of adaptive and cognitive electronic warfare capabilities.

The House Armed Services tactical air and land forces subcommittee added language to the draft 2022 NDAA saying members are “concerned with the pace of development of true cognitive electronic warfare capabilities,” referring to those that incorporate machine learning or artificial intelligence into capabilities such as jamming communication signals.

The amendment recognizes that the Air Force’s Electromagnetic Spectrum Superiority Strategy states that “anticipatory cognitive systems and platform-agnostic applications” form the core of the Air Force’s EW modernization plan; and that while the Navy hasn’t yet finished its own EW roadmap, the service is studying adaptive EW technology.

But, “while the committee understands and supports the effort to field near-term improved EW systems” to both services’ aircraft fleets, the HASC “believes greater emphasis should be placed on cognitive and other advanced techniques.”

The amendment would order the Secretaries of the Air Force and Navy to provide a report by April 1, 2022, on current research-and-development and procurement programs associated with advanced or cognitive EW. The report would include descriptions of the technologies being studied; acquisition techniques being pursued; the intended application of these EW technologies; the estimated technology readiness levels of each one; costs incurred so far; and planned spending across the Future Years Defense Plan for each project.

The HASC also wants to know about any “technology or resource challenges” that could interfere with implementing these technologies in the fleets.

The new language says the Air Force’s EMS Superiority Strategy was released in April 2021, but the Air Force actually released it in December 2020 and provided Congress an implementation plan in April.

Commenting on the strategy in late January 2021, Air Force Chief of Staff Gen. Charles Q. Brown Jr. said the service has been “asleep at the wheel” in electronic warfare since the 1990s and needs to come charging back decisively. Speaking at an online event of the Association of Old Crows, a private EW industry and interest community, Brown said, “Bottom line, we are not deterring our adversaries like we need to” while at the same time, Chinese and Russian cyber personnel have “invaded the U.S. without a declaration of war.”

A drastic revamp of EMS warfare is needed, not incremental changes; otherwise, the U.S. will simply “lose” rather than “accelerate change or lose,” Brown said. He said the Air Force must move beyond “defensive capabilities” such as stealth and jamming and go on the offensive “to maneuver and fire in the EMS.”

While the Air Force’s EMS strategy called for major changes in how to prosecute adversaries in that domain, it stopped short of calling the EMS a domain unto itself, calling it instead a “critical battlespace” that can’t be divorced from any other arena of competition.

The strategy involves the Air Force “hiding” in civilian bands and rapidly frequency-hopping to complicate jamming and eavesdropping, but some of its plans would require the Federal Communications Commission to change its rules about reserving certain parts of the spectrum for civilian use.