Skip to content
A pilot and copilot with the 1st Helicopter Squadron perform a fly over of Joint Base Andrews Md., on Nov. 1, 2019. Air Force photo by Airman 1st Class Noah Sudolcan.
Expand Photo 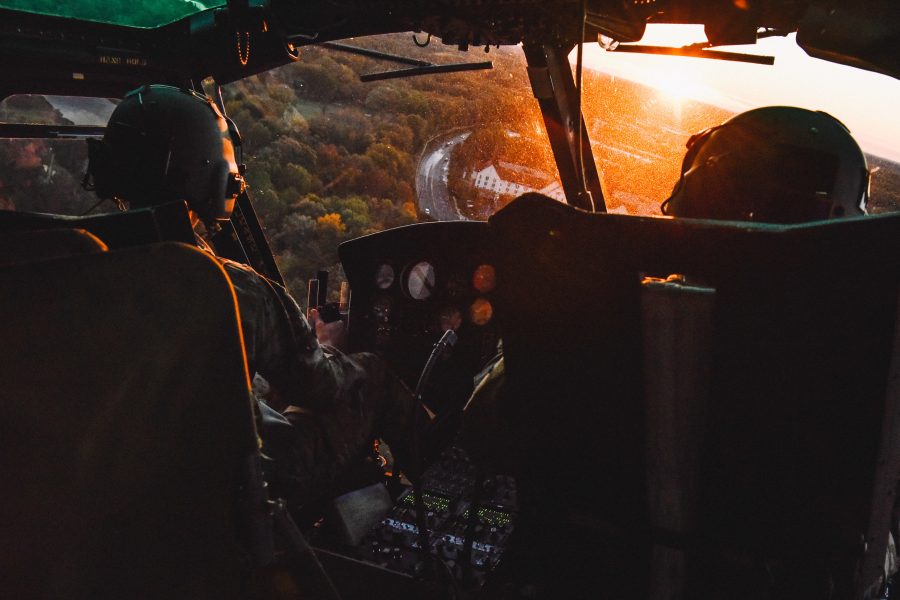 In an effort to improve helicopter pilot training and alleviate the Air Force’s overall pilot shortage, Air Education and Training Command is about to experiment with a back-to-the-future plan that would send pilots to a helicopters-only flight school, resurrecting a format discontinued in the 1990s.

A “small group experiment” starts later this week at the Army’s Fort Rucker, Ala., training base, and contracts are expected to be awarded within the next two weeks for contractor-run helicopter training to begin next month, 19th Air Force Commander Maj. Gen. Craig D. Wills told Air Force Magazine.

The experiment is the first step in Undergraduate Helicopter Training Next, a program to answer the question: “Could you not produce a world-class helicopter pilot by training them exclusively on helicopters? And we believe the answer is yes,” Wills said in a July 30 interview.

“For about 20 years, we’ve trained our helicopter pilots by sending them through T-6 training first,” Wills said. After getting through Undergraduate Pilot Training, being selected for helicopters, and going on for chopper-specific training at Fort Rucker, graduates eventually fly Air Force HH-60G Pave Hawks and UH-1N Hueys. Some also go to CV-22 Osprey tiltrotors, some of whose pilots also come through the T-1 Jayhawk aircraft track.

Now USAF will look at providing training to pilots in rotary wing aircraft from the start. If successful, the shift will free up as many as 60-80 fixed-wing slots in the T-6 every year, helping to alleviate the overall pilot shortage, Wills reported. The first group will comprise eight student pilots.

“In September, we’ll have another small group try out, and we’ll use a contracted model,” Wills explained. “We’ll contract for about 50 hours of rotary wing training with a civilian company and then [students will]  go to Rucker to finish the second half of their rotary-wing training.”

Wills said the main reason for the change is to “build a better helicopter pilot.”

The plan is to “do it in 9-11 months, instead of 17 or 18 months,” he said, without any less proficiency among pilots. Freeing the slots in fixed-wing classes “will help increase fixed-wing pilot production. So it looks to us at this point like a complete win across the board,” Wills said. Depending on when contracts are let, contractor introductory training would start “mid-September,” he said.

The helicopter initiative follows an experiment last year called “Project DaVinci,” in which a small group of pilots was trained using increased simulation and virtual reality. It was so successful the first class of six pilots graduated six weeks ahead of schedule. That experiment aimed to halve rotary-wing instruction from 28 weeks to 14 while doubling the number of helo graduates to 120 per year.

While AETC leadership is bullish on the new plan, “we’ve got to get through these small-group tryouts,” and prove the concept will “produce world-class rotary-wing aviators,” Wills said. “We’ve got to take the hard lessons learned…adapt and do the work.” He added, that the plan is not “perfectly cooked, yet.”