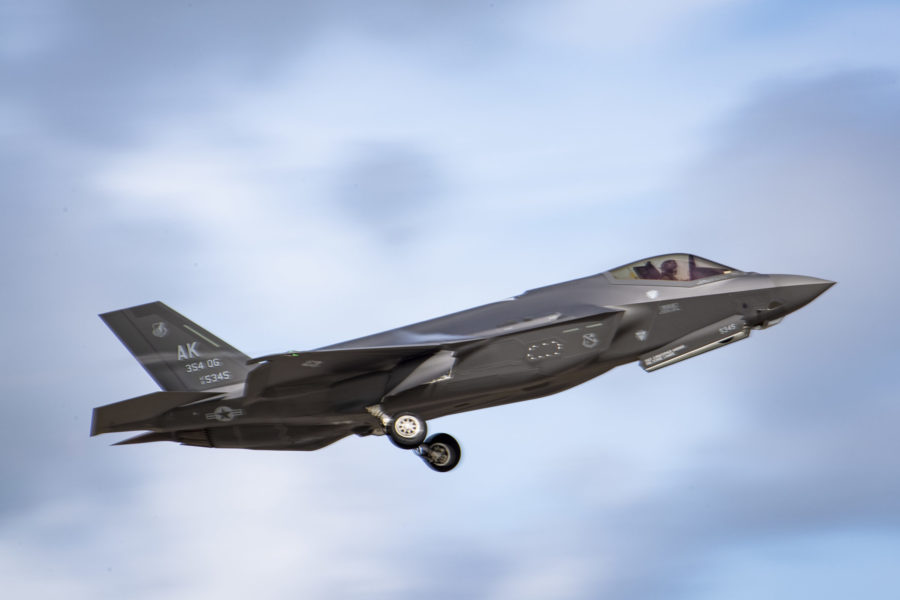 The House Armed Services Committee has “enormous concern” about the F-35 fighter’s sustainment, and Congress may cut back on purchases of the jet to let the sustainment enterprise catch up, Readiness subcommittee chair Rep. John Garamendi (D-Calif.) said March 19.

Garamendi, near the end of a hearing on the military’s organic maintenance capability, said the “huge problem” with the F-35 is, “we buy more planes [but] we’re not able to maintain the older ones, so the more we buy, the worse the overall performance has been. That is going to stop.” He did not elaborate about whether he intends to try to restrain F-35 purchases in the upcoming fiscal 2022 budget.

“The entire F-35 system is of enormous concern to the committee,” Garamendi said, noting that HASC chair Rep. Adam Smith (D-Wash.) “weighed in on this in a very big and important way, this last week.” Smith complained about assorted issues with the F-35, calling it a “rathole,” but allowing that it may not be an expendable program.

The panel chairman also told service sustainment chiefs, including Air Force Sustainment Center Commander Lt. Gen. Donald E. “Gene” Kirkland, that “there is a very deep concern in the committee about the F-35 overall,” especially the possibility that key parts of the jet are manufactured in China, and therefore may in some way be compromised. This sentiment was also voiced by congresswoman Jackie Speier (D-Calif.), who asked panelists if they knew of any F-35 parts made in China. The service witnesses promised to get back to her, but Navy Vice Adm. Dean Peters, commander of Naval Air Systems Command, offered that there likely are.

Garamendi responded that “we don’t have an answer” about how to fix the problem. The issue of Chinese content in the F-35—both parts and software—was one of great colloquy in a strategic arms hearing earlier in the week.

In his opening remarks, Garamendi voiced his concern that the services aren’t properly resourced to keep sustaining older systems, even as preparations are made for new ones. He’s worried about “overly-optimistic timelines” for introducing new platforms, and not having infrastructure in place to keep old ones going until the new ones arrive. At the same time, he said he’s frustrated that the services “pay a premium for old technology that is less capable, not fuel-efficient, dependent on a limited network of suppliers, and reliant on obsolete manufacturing processes.”

He urged the witnesses to move out smartly in adopting new sustainment technologies, such as 3-D printing, the use of “big data” and predictive maintenance. He also urged them to attract a new cohort of workers for the depots.

“We must ensure we can hire and train the next generation in a timely fashion,” he said. Kirkland replied that the Air Force has numerous intern, STEM, and scholarship programs with schools in the areas around its major depots to attract new line workers. The average age of employees in Air Logistics Centers is 44.5 years, he noted.

Garamendi also said that he’d observed a lot of “blue tarps, inside” depot buildings, presumably there to block rain. He told the witnesses he wants to know what kind of repairs and investments are needed to get the logistics infrastructure up to par, even if those requirements don’t make it into the President’s Budget. “There are ways … to convey” that information, he told the witnesses. “I want the facilities modernized. I’m here to fight for you.”

Addressing himself to Kirkland, Garamendi said, “The Air Force is going to have a large number of new platforms, extremely sophisticated platforms,” in the coming years, some of which are “still classified.” The committee needs to know, he said, “What are your maintenance demands for those new platforms,” so Congress can help prepare the service to care for them? He wants the Air Force to provide an integrated maintenance plan within the next three or four months.

“We don’t want to have another F-35 fiasco,” Garamendi asserted.

Editor’s Note: This story was updated on March 23 at 8:23 a.m. EDT to correct Garamendi’s political party.