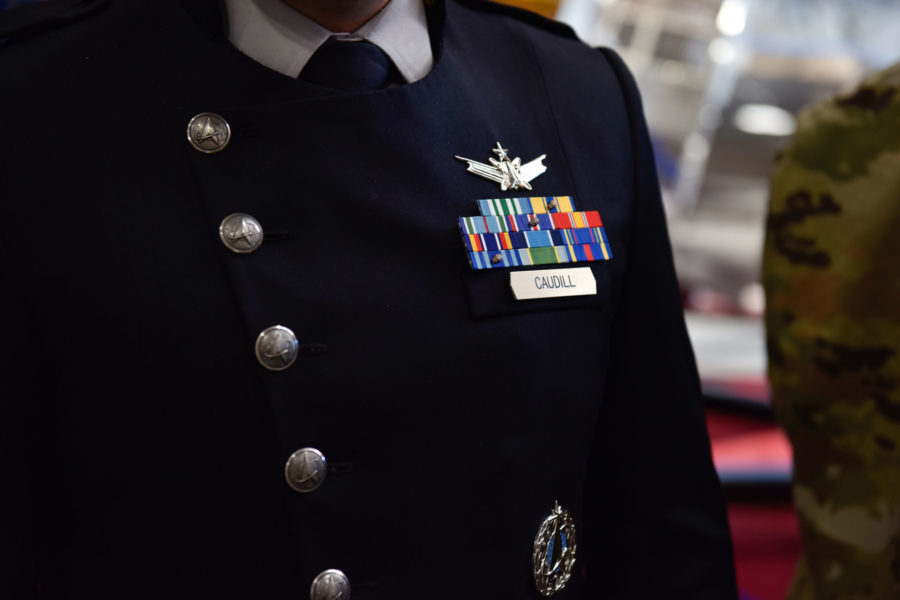 Guardians in the Space Force are now officially eligible to receive honors such as the Good Conduct Medal, the Air Medal, the Bronze Star Award, and more, after President Joe Biden issued an executive order Oct. 3.

The order amends previous ones establishing various military awards by adding the Space Force to the list of services eligible to receive them. The full list of awards, many given for actions in a combat zone, that members of the Space Force can now receive include the:

The change comes nearly three years after the Space Force was established in December 2019, and the executive order includes language for the Good Conduct Medal and Presidential Unit Citation specifically covering all actions and time since then.

That puts many Guardians in line for the Good Conduct Medal, which typically requires three consecutive years without disciplinary action, in the near future.

The Space Force has already finalized a design for its Good Conduct Medal, which leaked online in February and was confirmed by Chief Master Sergeant of the Space Force Roger A. Towberman. At the time, however, Towberman noted that the medal couldn’t be awarded until the President amended the existing executive order.

On the front, the medal shows a modified version of the Space Force seal, with the service’s trademark Delta in front of a Globe, encircled by an Elliptical Orbit and with the Polaris Star to its upper left. The seal is surrounded by “United States Space Force” and the motto “Semper Supra.”

The back has the same three words in a ring—Efficiency, Honor, Fidelity—that are on the Army and Air Force’s versions of the medal. It also contains the phrase “For Good Conduct.”

The ribbon is tan on its outer edges, with parallel stripes of black, dark blue, and light blue around a single white stripe in the middle.

“The expansion of military awards and medals eligibility to the U.S. Space Force and its Guardians is a big step toward legitimizing the essential role the service plays in National Defense and the hard work Guardians put into executing their missions each day,” Department of the Air Force spokesperson Capt. Tanya N. Downsworth told Air & Space Forces Magazine in a statement.

The introduction of the first service-specific award comes as the Space Force builds out its identity and culture on several fronts. The service’s dress uniforms continue to progress toward a rollout; Chief of Space Operations Gen. John W. “Jay” Raymond recently unveiled the new Space Force song; and transfers from other services continue to migrate into USSF.

Guardians can also still wear ribbons they’ve earned while serving in other services.