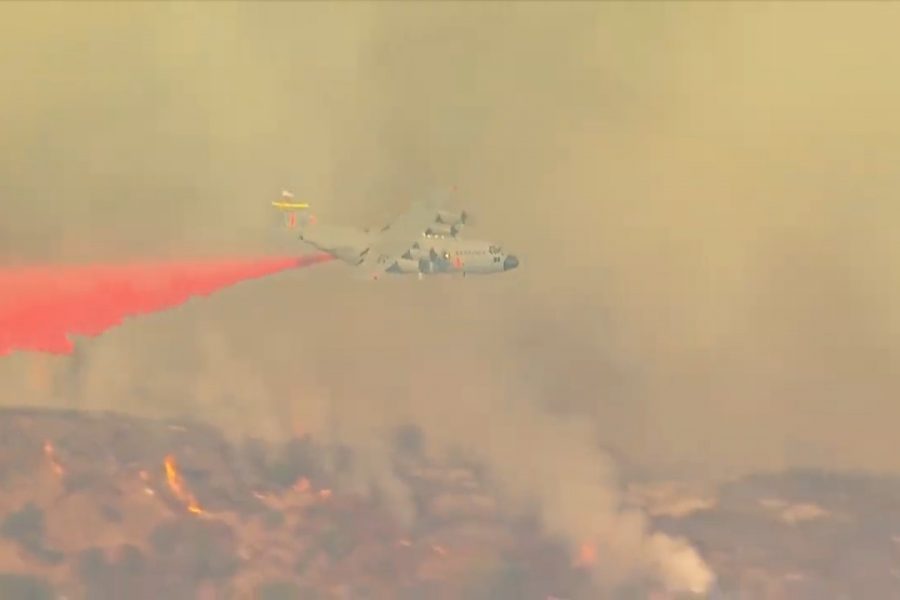 Specially equipped C-130s are supporting fire responses across California, where numerous blazes have destroyed dozens of homes and prompted evacuations throughout the state.

“The aircraft are working at a quick pace,” said Col. Gregory Berry, commander of the 302nd Air Expeditionary Group, in a statement. “The C-130 crews are flying an average of six drops a day and about five hours a day depending on the fire.”

The 302nd Air Expeditionary Group is conducting the drops, as requested by the National Interagency Fire Center.

MAFFS-equipped aircraft have dropped almost 300,000 pounds of retardant since late July, according to AFNORTH. This totals 116 sorties and 147.9 flight hours, as of Aug. 13. The first two aircraft were activated on July 22, with the U.S. Forest Service requesting two more in recent days. The aircraft and crews are expected to switch out weekly as the response progresses, according to AFNORTH.

California experienced 10,849 lightning strikes within three days, as the state saw record-high temperatures, California Gov. Gavin Newsom said Aug. 19. There were 367 known fires, 23 of which are considered major or a “complex” of several fires in a single geographic area. The latter are the focus of “aggressive” fighting, he said.