President Donald Trump presents Army MSgt. Matthew Williams with the Medal of Honor at the White House, on Oct. 30, 2019. Williams earned the medal for his actions in Shok Valley, Afghanistan, on April 6, 2008. DVIDS screenshot. 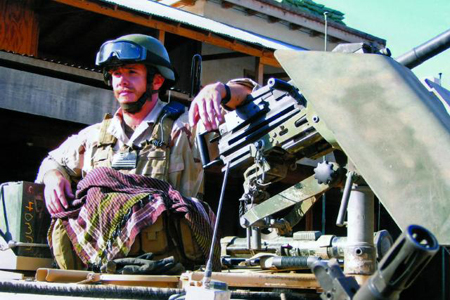 Robert J. Miller posthumously received the Medal of Honor Wednesday for his conspicuous gallantry and intrepidity during a firefight against a far superior-sized enemy force in northwest Afghanistan on Jan. 25, 2008. President Obama presented the medal, the nation’s highest military honor, to Miller’s parents during a White House ceremony. “Phil and Maureen, you raised a remarkable son,” said the President. He continued, “Today and in the years to come, may you find some comfort in knowing that Rob gave his life doing what he loved—protecting his friends and defending his country. You gave your oldest son to America, and America is forever in your debt.” Miller was mortally wounded after he charged the enemy over exposed ground and provided protective fire as his team pulled back to cover positions. His heroic actions saved the lives of seven members of his special forces detachment and 15 Afghan soldiers. He was 24 years old when he died. (Obama remarks) (White House blog entry with award ceremony video) (Official Army tribute Web page) (Official Army narrative) (See also our initial coverage.)