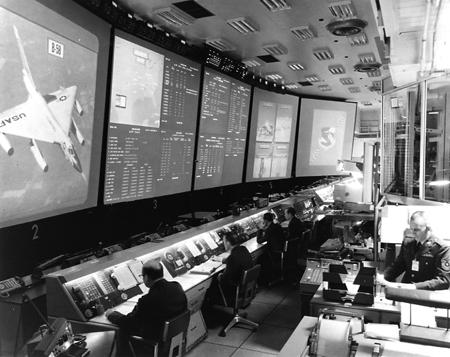 US Strategic Command is replacing the old Strategic Air Command headquarters with its deeply buried command post that STRATCOM has inhabited since its creation in 1992, Gen. Kevin Chilton assured lawmakers last week. Responding to a comment by Sen. Bill Nelson (D-Fla.) that the 50-year-old structure “puts STRATCOM’s mission and its personnel at some risk,” STRATCOM boss Chilton noted that the facility simply was not designed for today’s missions. He said, “Heat loads, working space conditions are intolerable in some areas.” The structure, with seven levels underground, was built during the Cold War for a “sole mission set with different technologies,” but STRATCOM, with its multiple mission areas—nuclear command and control, cyberspace, and space—has brought in a “lot of computer capability” that the structure “was absolutely not designed to handle,” explained Chilton. And, he said, “I don’t think we need the deep underground capability.”