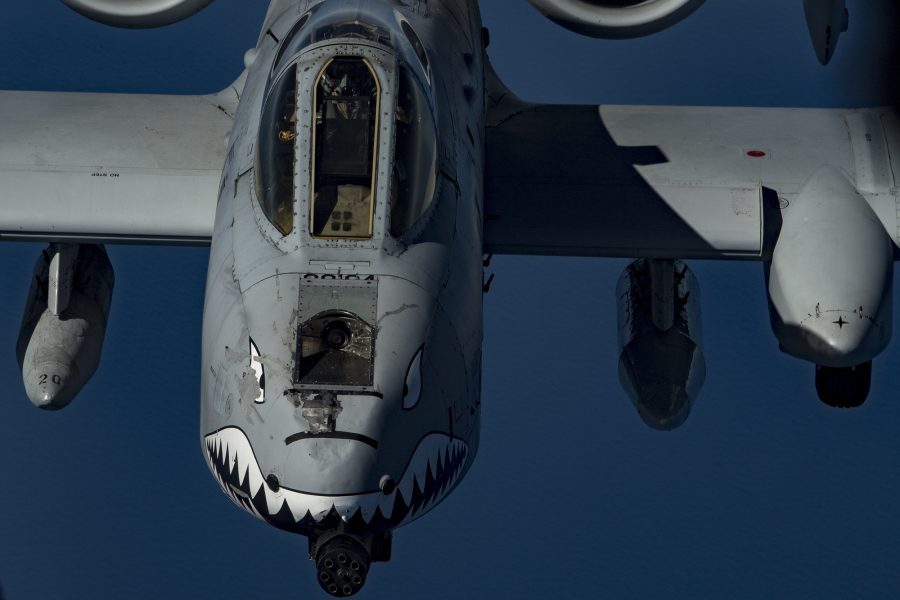 Air Force leaders are urging members of Congress to participate in classified briefings in order to fully understand the thinking behind the service’s fiscal 2021 budget request, which once again attempts to retire a host of legacy platforms to free up funding for new technology.

Chief of Staff Gen. David Goldfein said all of these aircraft have “performed well” in combat but are nearing the end of their service lives and either cannot survive against a peer adversary or cannot “contribute significantly” to a 2030 fight.

The problem, he said, is that the service cannot talk publicly about what the future force might look like.

“Not surprisingly, of the services, the air and space forces have the largest classified portfolio of investment. This makes the story harder to tell,” said Goldfein, in what was likely his last posture hearing as the Air Force’s top uniformed leader. “Since most of what we’re retiring is unclassified and visible, while many of our game-changing investments are classified and therefore invisible, we want to thank many of you for taking our classified briefing and offer it to any of you, or your staff, between now and endgame. When you see what we’re trading for, our budget submission will make perfect sense.”

“It’s a good mix, and I will tell you that sometime in the near future, we’re going to be talking about a fifth/sixth-gen mix,” Goldfein said.

But Rep. Ruben Gallego (D-Ariz.), a former Marine who counted on the Warthog to keep him safe in combat in Iraq, pushed back on efforts to retire the A-10. Gallego cited the 2017 National Defense Authorization Act, which prohibited the service from retiring any A-10s until it conducts a study on the relative close air support capabilities of the F-35 strike fighter and the A-10.

Goldfein said that report is complete, and the director of operational test and evaluation expects to release it in September with the full F-35 IOT&E report. He said the service is willing to provide an interim report sooner if Congress wants one.

“I do want to say for the record that this is very, very discouraging,” said Gallego, saying Congress has been clear in its intent to keep the A-10 in service. Gallego said he supports the A-10 not just because it’s based in his home state, but because “I do think it’s a capable platform,” he added. “It basically saved my ass in Operation Matador in Al-Qa’im. And, as much as I love the F-35, I don’t want to be using a billion-dollar platform to support infantrymen.”

The Air Force’s repeated efforts to retire A-10s raise questions about its commitment to supporting ground troops, Gallego suggested. But Goldfein push back hard, saying the Air Force would do “whatever it takes, regardless of cost” to protect U.S. troops on the ground.

“You’re looking at a guy who was shot down in combat, got up the next day, went in, and flew close air support,” Goldfein said. “Let there be no mistake on the commitment of the United States Air Force. We fly to the sound of the guns, and we support everybody on the ground—or we die trying.”