Skip to content
A U.S. Air Force KC-135 Stratotanker with the 927th Air Refueling Wing, Florida refuels a B-52 Stratofortress with the Barksdale Air Force Base, La., on Feb. 26, 2021. U.S. Air Force photo by Tiffany A. Emery.
Expand Photo 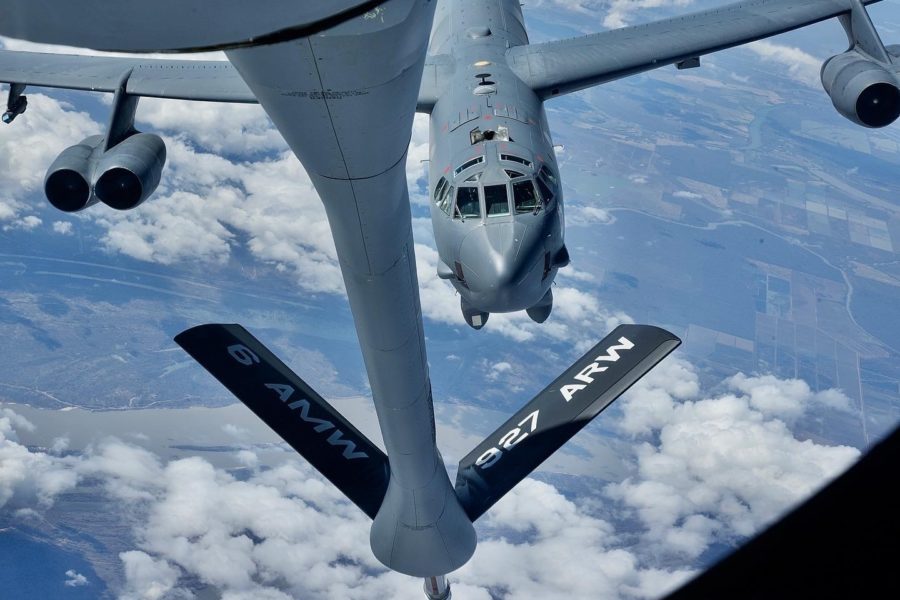 The Air Force wants to turn to virtual reality to make their B-52 pilots proficient at aerial refueling.

Air Force Global Strike Command’s innovation hub STRIKEWERX has kicked off a challenge to have industry, government, academia, and even individuals create a mixed reality training system for its Stratofortress pilots to practice receiving fuel. The goal is for pilots to learn the skill more quickly and with fewer expensive real-world flights.

The Mixed Reality Air Refueling Challenge began March 16 and runs through April 13, with a selection event planned for early June, according to an AFGSC release. The Air Force said it could fund all, some, or none of the ideas, based on their effectiveness.

The challenge wants proposals to include a human-machine interface, in the form of a replicated flight deck control, with an automated virtual instructor. It should also have biometrics for accurate feedback, and the model should be reconfigurable for other aircraft, the release states.

“This challenge brings together virtual reality [and] physical components the pilots can touch and get feedback from, biometric sensors such as eye tracking, and artificial intelligence to replace an in-person instructor pilot that provides a complete solution for training pilots,” STRIKEWERX Director Russ Mathers said in the release. “We are honored to help develop a unique solution that strengthens AFGSC and the B-52 mission.”

The difficulty of refueling is a main reason for additional training sorties in the B-52 community. Additionally, maintenance and weather issues complicate the training process. No current AFGSC simulators allow a pilot to learn the “fine motor skills and visual perception of movement” needed for the process, the release states.