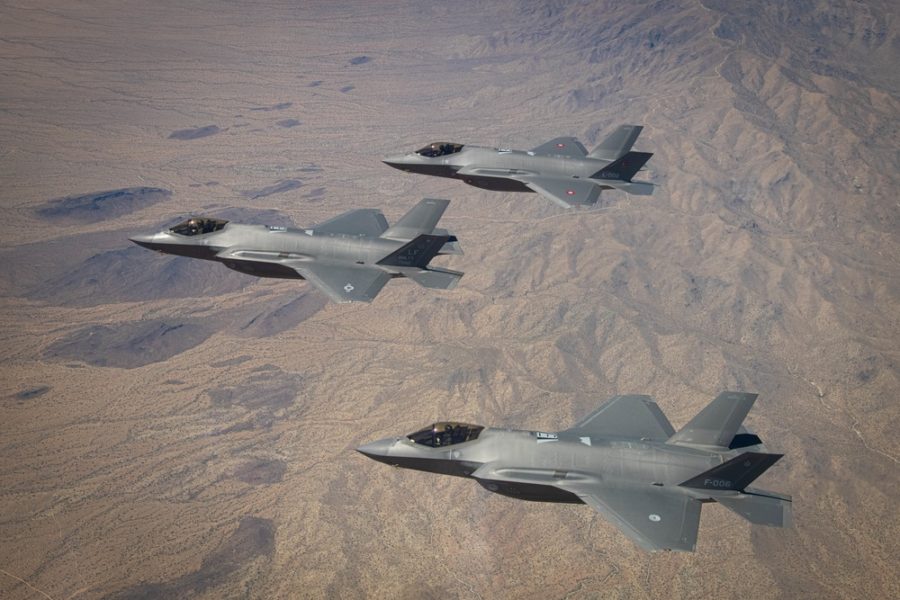 Germany has decided to buy 35 Lockheed Martin F-35 fighters and 15 Eurofighter Typhoons to bolster its air forces, after officials there said they had settled on Boeing F/A-18E/F fighters. The new jets will replace Germany’s fleet of Tornado interdiction/strike aircraft.

The F-35s would be used for air superiority and strike, while the Typhoons would be used for specialized missions such as electronic attack and escort. Germany has previously said it needs the new aircraft to be operational between 2025 and 2030. The Tornado fleet dates back to the 1980s.

The stealthy F-35s would also be used to carry tactical nuclear weapons for NATO.

German defense minister Christine Lambrecht said the F-35 provides “a unique potential to cooperate with our NATO allies and partners in Europe.” Luftwaffe chief Gen. Ingo Gerhartz said the German air force will be “very well prepared for the future” with “the F-35 and the further development of the Eurofighter for electronic warfare.” Germany has operated a dedicated electronic attack/suppression of enemy air defenses version of the Tornado called the Tornado ECR (electronic combat/reconnaissance).

Germany would join fellow NATO allies Belgium, Denmark, Italy, the Netherlands, Norway, Poland, the U.K., and the U.S. as F-35 customers, as well as non-NATO European countries Finland and Switzerland, which each ordered the jet in the last few months. Canada, an original F-35 development partner, is also believed to be leaning toward buying the F-35 this year.

Details of the sale, such as price and delivery timelines, were not immediately disclosed. Pentagon officials said the Germans would buy the F-35A conventional take-off model of the jet.

Lockheed Martin, F-35 builder, said it’s “proud of the confidence” in the jet shown by the German defense ministry and Luftwaffe in making the selection, and noted the high interoperability now possible with other European countries that have also bought the F-35. The Lightning II is “the only 5th generation fighter available today to strengthen Germany’s operational capability with allies,” and the company touted the jet’s stealth and survivability, offering a “critical advantage against any adversary.”

The March 14 announcement follows Germany’s decision in February to increase defense spending by $112 billion. German Chancellor Olaf Scholz said Germany would surpass the NATO goal of member nations spending at least two percent of their GDP on defense after years of criticism for falling well short of that target, despite being one of the wealthiest NATO members.

The boost in defense spending was prompted by Russia’s invasion of Ukraine, which highlighted Germany’s lackluster defense investments in recent years.

German officials in 2020 said they planned to ask the U.S. to buy 30 F/A-18E/F fighters and 15 EA-18 Growler electronic warfare variants. Industry officials said the F-35, however, offered interoperability advantages that outweighed other considerations. Only Spain and Finland in Europe operate the F/A-18, and Finland recently chose the F-35 for its future fighter.

Germany said the F-35 purchase does not affect its plans to pursue the Future Combat Air System fighter, which it will develop jointly with other European countries.