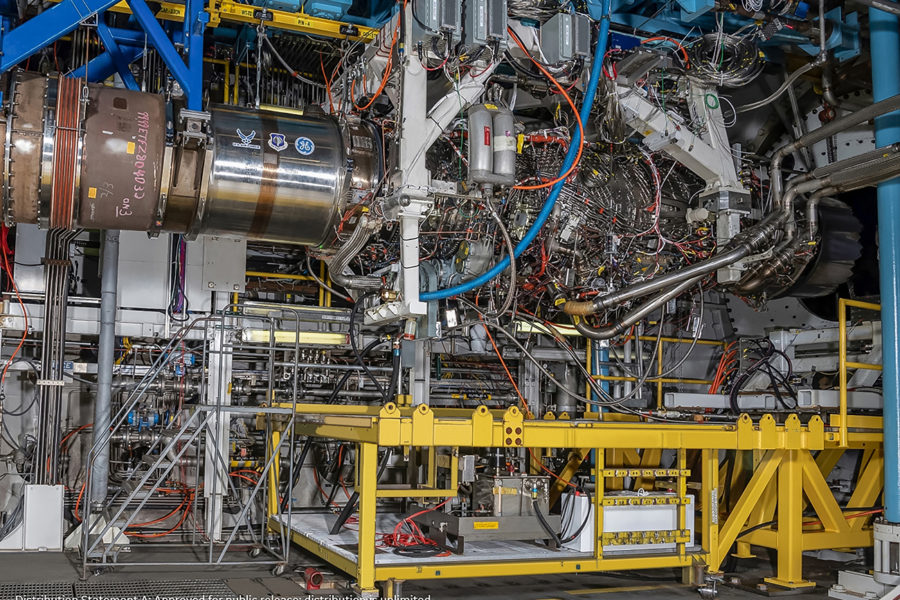 “You must solve a lot of problems if you’re going to provide an Air Force that can fly effectively and complete its missions in that environment,” Retired U.S. Air Force Gen. Paul Hester said of the Pacific theater. Put more simply, “There’s a lot of room out there,” he said.

Hester has firsthand knowledge of this. He’s a former commander of USAF Pacific Air Forces. Operating effectively in that expansive theater, which will be a major focus of the USAF for the foreseeable future, is why he says re-engining the stealthy, multi-mission F-35A with a next-generation, adaptive powerplant must be part of the USAF’s plans.

From a mission planning perspective, Hester says the effect such an engine would have in combat would be enormous. “More ‘miles per gallon’ means I can fly that much farther,” he said. “From a mission planner’s point of view, more range means you can complicate your adversary’s problems. Plus, I’m able to react better, with more options, to things that an adversary throws at me.”

“I’m able to expand my mission and pick different airfields I can operate from. I can take tankers away from contested airspace, and free up their availability for other aircraft that are part of my mission. I’ve opened up my envelope, my operational environment.”

The Air Force’s AETP (Adaptive Engine Transition Program) started in 2016 with this exact scenario in mind. General Electric (GE) and Pratt & Whitney are testing engines under this program with adaptive cycle engines that generate more power when you need it and then adapt for greater efficiency while cruising to extend the jet’s range. The AETP engines, designed as drop-in replacement engines for the F-35A, also provide a significant jump in cooling capability. That cooling is critical to support the F-35’s impending Block IV needs and capacity for growth in upcoming upgrades.

Hester notes that’s just the mission flexibility afforded by 25% better fuel efficiency. “That doesn’t account for the other improvements AETP provides,” he says.

Improvements in thrust and enhanced thermal management bring along similarly important mission benefits. Thrust, Hester notes as a former fighter pilot, “is something you can never get enough of. It increases your potential payload and your ability to get out of challenging situations.”

Thermal management is an area Hester notes is essential for both the short term and long term needs of the F-35 platform.

“The F-35’s thermal needs are growing,” he said. “And they’ll continue to grow as the jet modernizes throughout its service life. AETP brings double today’s thermal management capacity, which means plenty of cooling availability to absorb heat off various internal systems. The three-stream architecture AETP introduces, as opposed to the current two-stream architecture, is the key to solving the overheating problems we see today.”

Improvements in model-based systems engineering in recent years have also helped model the design and predict performance of GE’s XA100. Today’s tests of a physical engine are proving the accuracy of pre-test modeling and predictions.

“[The XA100] has tested at Air Force facilities in Tullahoma, Tennessee,” Hester said. “Through those tests, you’re able to look against the predicted ability of the engine to operate across the flight envelope and see where the actual data points are.”

The tests at AEDC are part of a long-term risk mitigation strategy Hester says the Air Force was wise to employ. “There is always a learning curve with jet engine development and design, whether it’s a new engine or an upgrade. But the way the Air Force structured its adaptive engine programs, methodically working through multiple programs and providing consistent funding for those programs, has allowed a significant amount of risk to be removed. That allows the Air Force to know what they’re getting before an Engineering and Manufacturing Development program.”

Digital engineering also has given GE the confidence that its engine fits not just the AETP target design vehicle in the F-35A, but also the carrier-based F-35C. GE has a part-number common engine for both aircraft, representing nearly 90% of the planned F-35 fleet.

“The most advanced aircraft in the world should have an engine to match,” Hester said. “The benefits are clear, and we need to move forward now to outpace an increasingly competitive environment.”