Skip to content
Shown is an illustration of the LGM-35A Sentinel, the Air Force’s newest weapon system known as the Ground Based Strategic Deterrent. The new designation, approved by Secretary of the Air Force Frank Kendall, modernizes the intercontinental ballistic missile leg of the Nation’s nuclear triad. U.S. Air Force illustration
Expand Photo 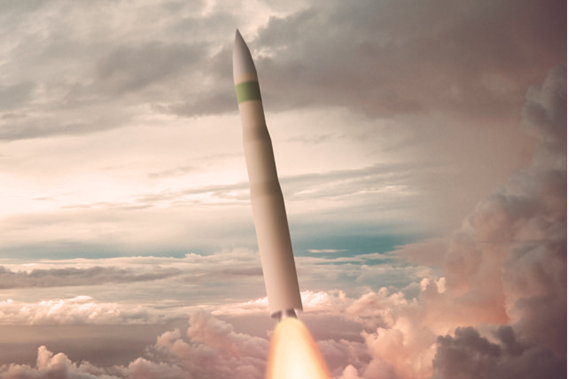 GBSD Finally Gets a Name: ‘Sentinel’

The Air Force announced a name and designation for the intercontinental ballistic missile system long known as the Ground-Based Strategic Deterrent: LGM-35A Sentinel. The name recycles one already given to one of the Air Force’s secret spy drones.

“The name Sentinel recognizes the mindset that thousands of Airmen, past and present, have brought to the deterrence mission” over decades, said Air Force Secretary Frank Kendall in an official release. As those Airmen have “kept the watch; always vigilant and ready,” the name will “serve as a reminder for those who operate, secure, and maintain this system in the future about the discipline and responsibility their duty entails.”

Sentinel joins the ranks of Atlas, Titan, Minuteman, and Peacekeeper as the land-based ICBM missiles that have maintained America’s nuclear deterrent since the early 1960s. Its nomenclature—LGM-35A—is a bit puzzling, however, as the Minuteman was the LGM-30 and the LGM-118 was the successor Peacekeeper. The Air Force could not immediately explain the derivation of the nomenclature.

The GBSD name has been assigned to the new missile program for years now as the Air Force’s modernization efforts have wound their way through Congress and the Pentagon. In February 2021, then-Vice Chairman of the Joint Chiefs of Staff Gen. John E. Hyten lamented the lack of an official name for the project.

“We’ve got to find a name for the GBSD,” Hyten said. “GBSD just doesn’t hack it. … Because GBSD is very hard to explain to the American people … GBSD requires me to define the term before I actually get into it, so for God’s sakes, Air Force, let’s get a name for the thing and start moving forward.”

The missile will, however, have to share the “Sentinel” moniker. The Air Force named its stealthy RQ-170 intelligence, surveillance, and reconnaissance drone the Sentinel in the mid-2000s. The Sentinel, built by Lockheed Martin, was considered a key element in locating and tracking Osama bin Laden, leading to the special operations raid that killed him in Pakistan in 2011. An RQ-170 also crashed in Iran, where that government claimed to have back-engineered it and built their own version. An Air Force spokeswoman told Air Force Magazine there are no plans as yet to rename the RQ-170.

The Pentagon’s newly installed acquisition czar is planning “deep dives” into efforts to modernize each leg of the nuclear triad, starting with the program he views as having the most significant risk—the Air Force's LGM-35A Sentinel intercontinental ballistic missile, known until recently as the Ground Based Strategic Deterrent.

Detailed justification for the Space Force’s fiscal 2023 budget request revealed facility expansions for new radar and intercontinental ballistic missile programs and the breakdown of how the service would like to spend $1 billion on missile warning and tracking.

The whole point of Russia’s war in Ukraine could be to drag the West into World War 3, said the executive director of Congress’ Task Force on National and Homeland Security during an AFA Mitchell Institute for Aerospace Studies event. Peter Pry, who is also director of Congress’ U.S. Nuclear…