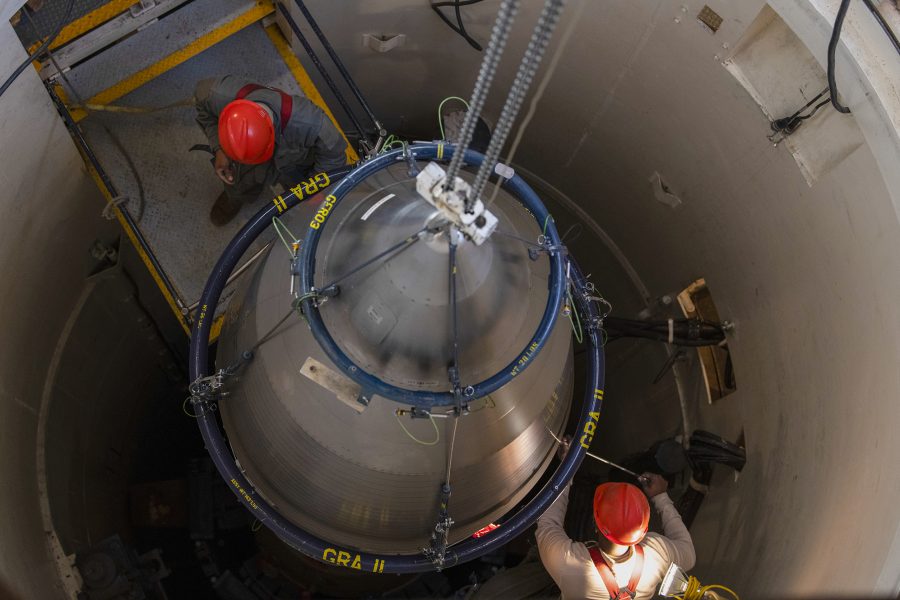 Rep. John Garamendi (D-California), the chairman of the House Armed Services readiness subcommittee who also serves on the strategic forces subcommittee, said he recently visited the Minuteman III wing at F.E. Warren Air Force Base, Wyoming, and is convinced of the need for nuclear modernization. However, he said top USAF officials have “confirmed” to him that the ICBMs can be life extended and still remain useful until the late 2030s, at which time a new ICBM “might be necessary,” he said.

“This single, common-sense step could save $37 billion,” Garamendi said during a virtual Arms Control Association event.

U.S. Strategic Command boss Adm. Charles “Chas” A. Richard recently told lawmakers there is “no operational margin” left in the ICBM and that it is at risk of “losing credibility” to potential adversaries or not even working at all. A few weeks later an unarmed Minuteman III shut itself down after the missile’s computer detected a fault during the terminal countdown, aborting the launch. That incident remains under investigation, but officials said at the time the ICBM “did exactly what it was designed to do.”

“We could reach a point where no amount of money” would mitigate that risk, Richard told the Senate Armed Services Committee last month.

Garamendi pointed to two Government Accountability Office reports that stated nuclear modernization programs will cost more than one trillion dollars over the next 30 years, and said the push to modernize every part of the nuclear arsenal at the same time is a “recipe for schedule delays.”

The Pentagon is planning to field the B-21 Raider, new submarines, the Long-Range Standoff Missile, and hypersonic weapons to modernize its overall strategic capability. Because of these efforts, the country can afford to pause both the “low-yield” Submarine-Launched Ballistic Missile.

Simultaneously, the country needs to “aggressively pursue arms control” with Russia and China to reduce the overall need for nuclear weapons, Garamendi said.

He said there are ongoing discussions on if the silo-based ICBM leg of the nuclear triad is even necessary, another discussion opposed by top military officials. The Biden administration will undertake a new Nuclear Posture Review, which could address this issue, he said.

Richard, in expressing his opposition to removing a leg of the triad, said he would be forced to recommend that the bomber fleet return to a Cold War-type of alert posture if the triad became a dyad.