Skip to content
Tracking hypersonic missiles from space is more challenging than conventional ballistic missiles, because of both their speed and maneuverability, which makes them less predictable. Millennium Space Systems is developing a satellite architecture designed to mitigate against such threats. Image furnished by NASA.
Expand Photo 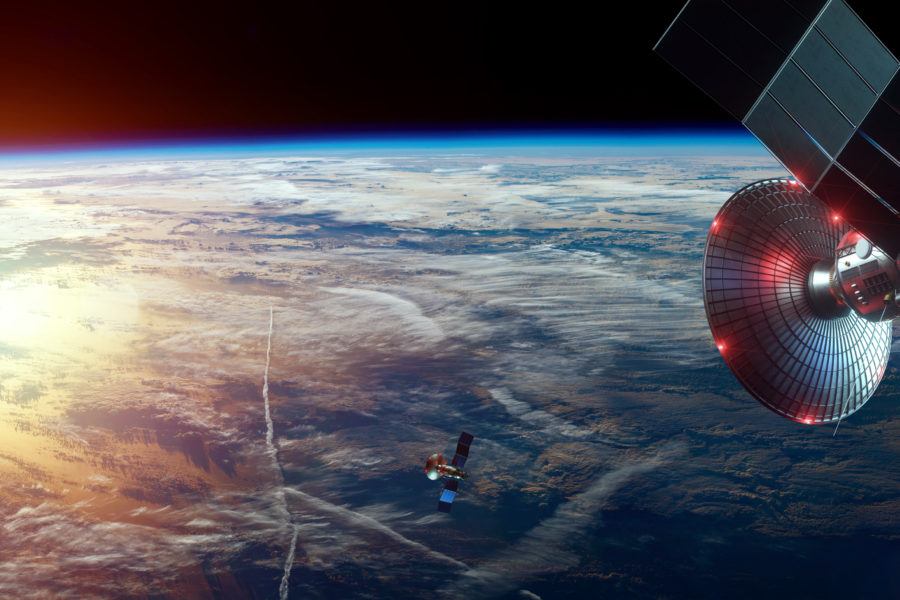 From Warning to Tracking: Defending America Against Hypersonic Missile Attacks

Gen. Mark A. Milley, Chairman of the Joints Chiefs of Staff, called the missile test akin to a “Sputnik moment,” highlighting China’s rapid advancement and raising the stakes for missile defense in the modern age.

Millennium Space Systems, a subsidiary of The Boeing Company, sees this challenge in line with the U.S. Space Force’s Track Custody Prototype program.

“The threats are here now and they’re getting more advanced, so that’s why the Space Force pivoted to this Track Custody Prototype contract,” said Jason Kim, CEO of Millennium Space Systems.

Today’s Space-Based Infrared System (SIBRS) satellites fly in geosynchronous orbit (GEO) some 22,236 miles above the Earth and use infrared sensors to detect heat from the missile plumes of ICBMs during launch.

“[SBIRS] was developed more for the traditional ballistic threat that focuses on being able to identify missile boosters and make a prediction of where that threat is going,” said Dr. Kevin Paxton, Senior Technical Fellow at The Boeing Company. China’s weapon changes that equation because it does not follow that same path. “Hyperglide vehicles can be deployed from that booster and seeing those hyperglide vehicles without a rocket plume behind them becomes much more challenging. That’s really the crux of the problem: Being able to identify these dimmer threats and transition from missile warning to missile tracking.”

Tracking is critical because the hyperglide vehicle has navigational capability.

“The hyperglide vehicle can actually change directions, so now we need to follow and contain its entire trajectory within our tracking system,” Paxton said. “That pushes us toward using a much more proliferated network of satellite constellations so we can have more eyes in the sky to follow these threats through their entire trajectory, compared to just the beginning of that trajectory.”

“Most of these target threats are flying at a fairly low altitude compared to some of the more traditional ballistic threats,” Paxton said. “So instead of being out at GEO, we’re lowering the altitudes of those orbits down to the MEO and LEO regimes to get closer to the target threat so that it’s easier to see.”

That relative motion is similar to the blur experienced when looking out the side windows of a moving car.

“From a technology perspective, we have to find creative ways to suppress that relative motion so that we can find those target threats,” Paxton said. “Going back to the car analogy, if you look through the window and focus on a tree as it goes by, you can see the tree very crisply. This is because your eyes are tracking that spot—called ‘back-scanning.’ We can do the same thing on a satellite. The idea is that we’re just going to look at one spot on Earth at a time and change where we’re looking as the satellite flies along.”

The complex nature of this solution doesn’t stop at relative motion, however. Each orbit comes with its own distinct advantages and disadvantages.

“The beauty of GEO is that you can cover the entire Earth with fewer satellites—but if it’s a dim target, you may not be able to see it,” Paxton explained. “If you go to the other extreme, at LEO, you’re close enough that you can identify a dim target, but the target may move outside of your field of vision, so you end up needing a lot of satellites to cover the Earth. MEO almost strikes a balance in between, where you pick up the advantages of being closer so that we can track dim targets, but also have the opportunity of being able to see more of Earth with fewer satellites.”

Millennium Space Systems sees an opportunity to strike a balance by building its tracking constellation using satellites across multiple orbits.

“It definitely requires a layered, robust architecture where it’s not just a single orbit of systems to do this mission,” Kim said. “Consequently, we’re developing commonality across our spacecraft and payload designs where there’s potential for a lot of economies of scale across all those orbits. That way, when you look at a layered architecture to address all these advanced threats, there’s a potential to be efficient.”

Millennium is also applying the latest design and engineering technologies to ensure its design and manufacture is as efficient and proven as possible before launch.

“We’re doing model-based systems engineering and digital engineering upfront so that we can manufacture these large constellations smoothly and efficiently, delivering them on faster schedules than before,” Kim said. “Then once launched, we’re end-to-end, so we‘re able to operate those systems more efficiently in-orbit with more autonomy and onboard processing, which enables us to reach a future where we need fewer humans to operate these systems and speed up the timelines from sensor to shooting.”

This digital design process follows the conclusion of Phase 1 of the Track Custody Prototype program, in which various approaches were considered. The Space Force awarded Millennium Space Systems a Phase 2 contract, and the company began in May an 18-month Payload Critical Design Review of their mission architecture.

If the design review is successful, the Space Force can pursue Phase 3, which would be to build and host the technology on a bus for flight-tests and demonstrations in space.

“We are well-positioned to meet the ultimate delivery timelines of 2025 on our Track Custody Prototype contract and we can accelerate the schedule with the appropriate funding and resources,” Kim said. “We have the expertise, the processes, the manufacturing capabilities, the digital design, digital engineering and model-based systems engineering capabilities that have been proven in multiple domains. We’re positioned to provide high-performance in these high-stakes critical missions like missile warning and missile tracking on very fast timelines, and we look forward to seeing progress on fielding systems for the Track Custody Prototype program that will address these advanced threats.”