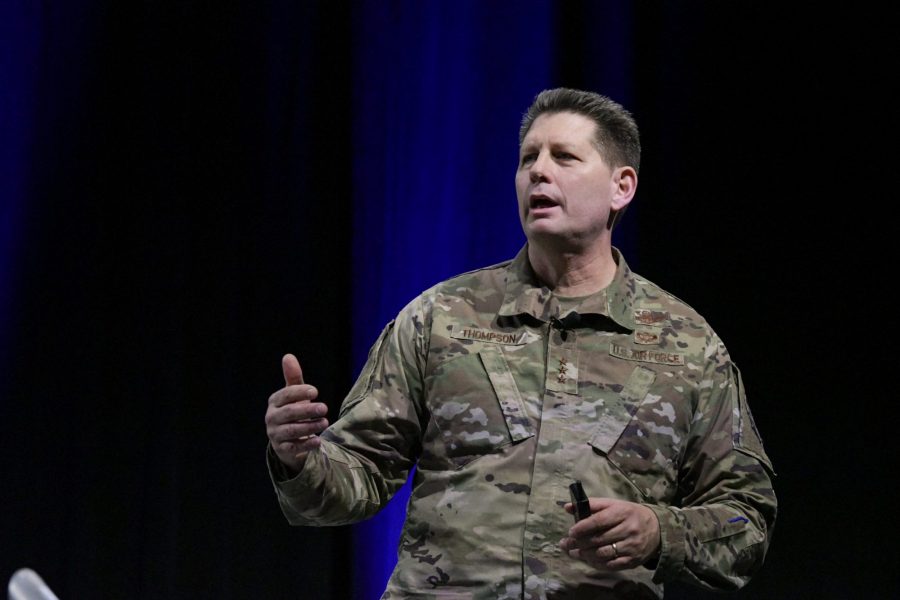 For Missile Warning in Iraq, Thank the Space Force

ORLANDO, Fla.—A top Space Force official here argued the case for why the new service needed to become a standalone organization, praising Airmen at Buckley Air Force Base, Colo., for their role in warning U.S. troops overseas about the recent Iranian missile attack on an Iraqi air base.

“Those missiles flew for six minutes,” Space Force Vice Commander Lt. Gen. David Thompson said Feb. 27 at AFA’s Air Warfare Symposium. He recalled a conversation with a U.S. Central Command official who said: “If those Airmen on crew that night, specifically the warning officer at the warning station, if she had not done her job better than her training, … today we would be talking about dead Americans at [the al-Asad Air Base].”

The Airman detected the launch, determined where it happened and where the missile was going, who was threatened, and sent warning messages that reached more than 300 Americans at al-Asad. None were killed, but more than 100 U.S. personnel have been diagnosed with traumatic brain injuries after the January ballistic missile attack.

While Buckley did the same work for years under Air Force Space Command, military officials believe breaking out space capabilities will bolster the military’s ability to train for and execute those types of missions.

Space operations now use assets near Earth, like satellites, and radars on the ground to support combat troops around the globe. Thompson envisions the Space Force’s missions—including GPS, command and control, space electronic warfare, rocket launches, and missile warning—will expand to the Moon, Mars, and beyond over the next 30 years, as American civil and industrial life ventures farther out.

The Space Force is in charge of protecting its systems on orbit from space debris and adversary activity that could hurt them, like other satellites getting too close or attempts to interfere with their signals.

“They are recognizing how powerful space power is as part of a joint force engaged in all-domain operations, and they are replicating and building capabilities to do exactly what we do,” Thompson said of Russia, China, and others jockeying for influence in space.

Thompson’s speech is one of the first addresses given by a Space Force official since the service was created under the Air Force in December. Many details of how the service will organize, train, and equip about 16,000 space operators who will eventually come from the Air Force, Army, and Navy are still under review.

Airmen from the former Air Force Space Command, which became the basis for the Space Force, are currently assigned to the new service but are still employed by the Air Force. USAF will ask many of those Airmen to volunteer to transfer. For those it has to hire, Thompson said, the problem will not be finding them, but deciding how to choose from among them.

“In early January, we posted job announcements and position descriptions for 31 civilians to join the Office of the Chief of Space Operations,” he said. “We have 5,722 applicants for 31 positions. That’s good news.”