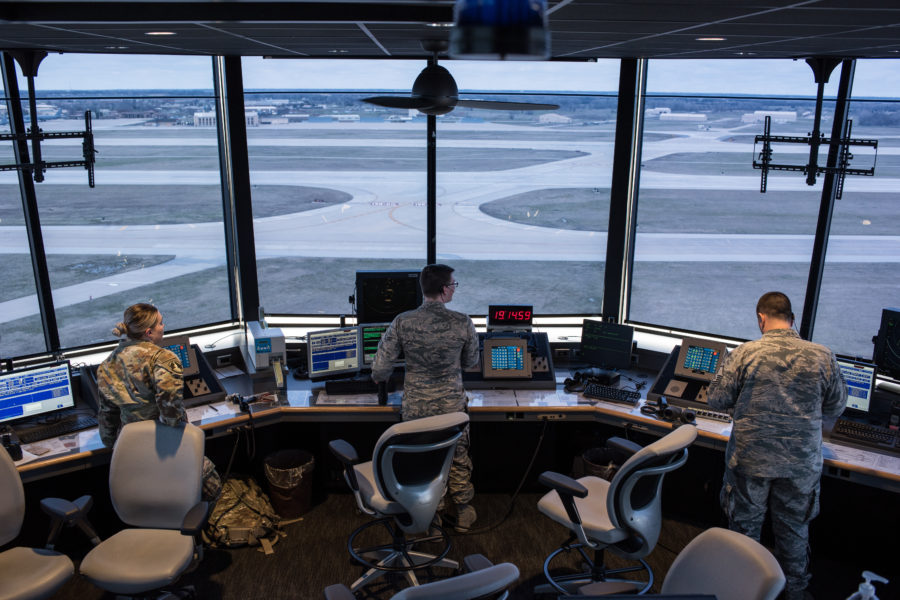 Commercial flights across the United States were briefly grounded after the Federal Aviation Administration’s Notice to Air Missions system (NOTAM), used for relaying key data to pilots, failed in the early morning of Jan. 11. But the Air Force said its military systems were not impacted and that it could work around any issues posed by disruption of the civilian NOTAM system.

NOTAM alerts pilots and airports of real-time hazards and abnormalities that could interfere with flight operations.

The civilian NOTAM issue could still cause some problems for U.S. military planes that operate from dual-use civilian airfields, a relatively common arrangement for Air National Guard units, if runways are clogged with affected aircraft. But it was not immediately clear if any ANG operations were impacted.

Air Force officials noted that in addition to operating on a separate NOTAM system, military aircraft could gather information from other sources.

“If we require real-time updates, our pilots can get them from air traffic control or from installation to installation,” Stefanek said.

The FAA lifted its ground stop of flights nationwide shortly before 9 a.m., but not before it caused massive headaches for U.S. travelers. Disruptions in civilian airline travel due to storms and other technical problems can take days to sort out, with pilots and planes not being able to get to a location on time often having cascading effects. As of noon on Jan. 11, more than 7,000 flights were delayed, and more than 2,500 were canceled, the bulk of which were in the U.S., according to the flight tracking website FlightAware.

Those delays didn’t seem to affect the Air Force and the rest of the Pentagon—Flight tracking data from the website ADS-B Exchange indicated military aircraft remained operational as the FAA worked to sort out the NOTAM issue.

When asked by Air & Space Forces Magazine if there were any indications the system failed due to a cyberattack or nefarious activity, an FAA spokesperson said “the agency continues to look into the cause of the initial problem.” The White House said it did not have any indication the system was brought down by a cyberattack, but the government would thoroughly investigate the cause.