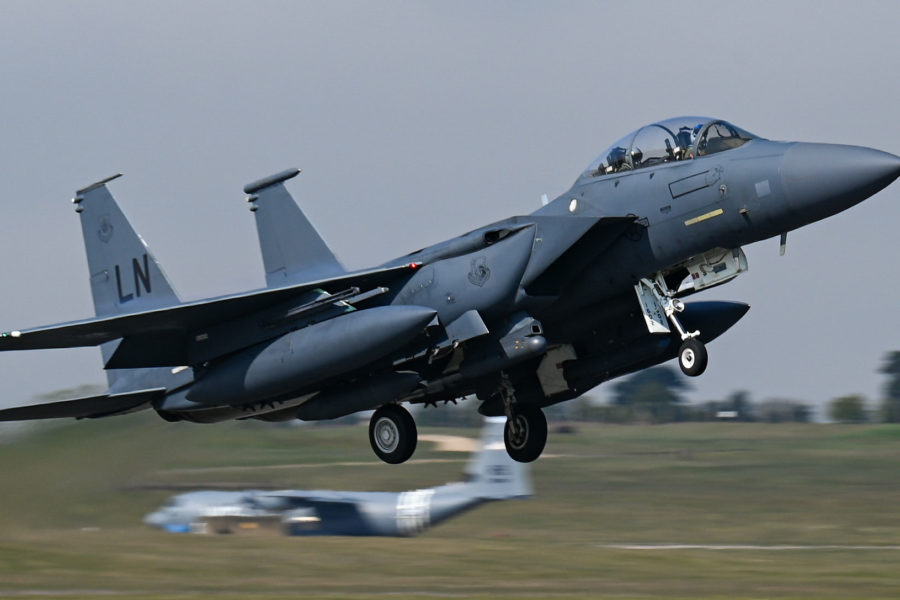 USAF F-15s, F-16s, and C-130s are training in Poland in an agile combat employment exercise that comes as Russia executes a massive buildup on the border with neighboring Ukraine, though U.S. officials say the exercise was long-planned.

Within the last couple weeks, Russia has increased its forces along the border with Ukraine in occupied Crimea. Pentagon spokesman John F. Kirby said April 19 that this buildup is “certainly larger” than in 2014 when Russia invaded Crimea, and he called for Russia to be more clear about their intentions. Moscow has said the build-up is for training, but it is “not completely clear” to the Pentagon that this is true, Kirby said.

The exercise in Poland is “fairly routine,” and “not a specific reaction to what’s going on” in Crimea, Kirby said. Russia has deployed more than 100,000 troops to annexed Crimea, in a move that shows “the risk of further escalation is evident,” said Josep Borrell, the European Union’s top diplomat, according to Reuters. U.S. European Command boss Gen. Tod. D. Wolters told lawmakers last week that he sees a “low-to-medium” risk that Russia will invade Ukraine.