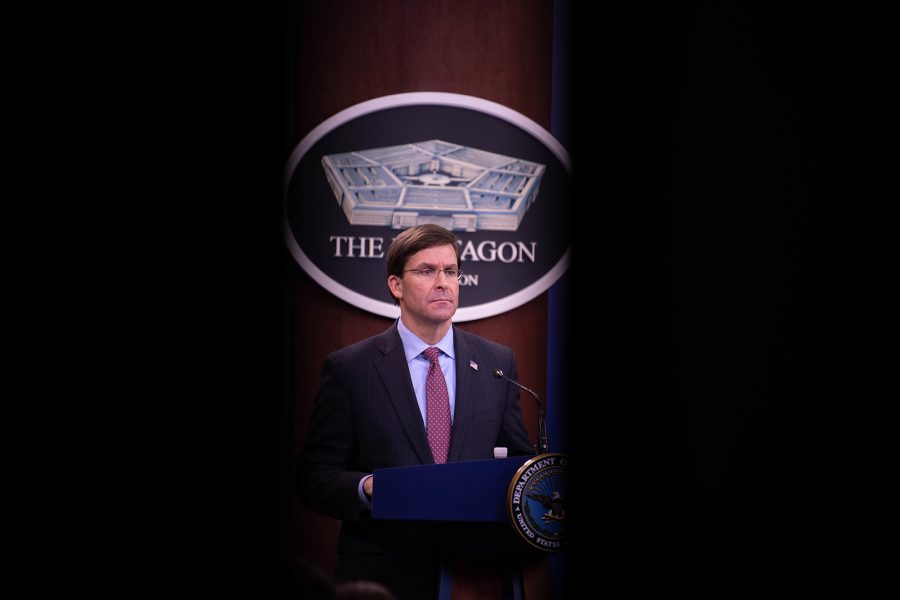 Esper: Soleimani ‘Days’ Away From Attack on Americans When Killed

US intelligence showed Iranian military leader Qassem Soleimani was just “days” away from an attack targeting Americans when he was killed in a targeted drone strike on Jan. 3, Defense Secretary Mark Esper said.

The international community and some members of Congress have been skeptical about the “imminent” threat cited by several US leaders as the main reason for the strike. Pentagon leaders on Jan. 7 headed to Capitol Hill to brief the “gang of eight”—the top Republican and Democrat in the Senate and House and the chairmen/ranking members of House and Senate Intelligence Committees—on the intelligence behind the strike. A briefing for all members is expected Jan. 8.

Soleimani, one of the most powerful officials in Iran who has long been the architect of the country’s outreach in the Middle East, especially through proxy militias, was in Baghdad to coordinate attacks, Esper said.

“He was clearly on the battlefield,” Esper told reporters during a Jan. 7 briefing. “He was conducting, preparing, orchestrating military [operations]. He was a legitimate target and his time was due.”

The Jan. 3 strike also killed the leader of the Popular Mobilization Forces in Iraq, which has enraged the Iraqi government. On Jan. 5, the country’s parliament approved a non-binding resolution calling on the government to kick US forces out of the country.

Esper said that vote showed support in Iraq for the US presence, saying Kurdish and Sunni leaders abstained from the vote so the tally did not include representatives from all of the country’s interests.

A draft letter from Task Force-Iraq was accidentally released Jan. 6, which outlined how the US would withdraw from Baghdad. US officials said it was in consideration and no change to American policy has been made. Esper reiterated that in the briefing, saying, “We’re not leaving Iraq. A draft, unsigned letter does not constitute a policy change.”

While no withdrawal has begun, the US has halted its anti-Islamic State group actions and its training of Iraqi forces. NATO followed suit, and on Jan. 7 some allied forces began to leave the country. The German military, for example, posted video of some of its forces leaving Iraq because of the “current security situation.”

The US is calling on Iran to de-escalate following the drone strike, and to sit down for discussions “without preconditions,” Esper said. At the same time, the Pentagon has sent thousands more soldiers to the region to prepare for whatever steps Iran takes next. The Pentagon expects some sort of retaliation, either by proxies in the region as they have been operating in recent months or “by their own hand,” he said.

“We are prepared for any contingency,” Esper said. “We are standing there to not only defend our interests but also our allies and partners.”