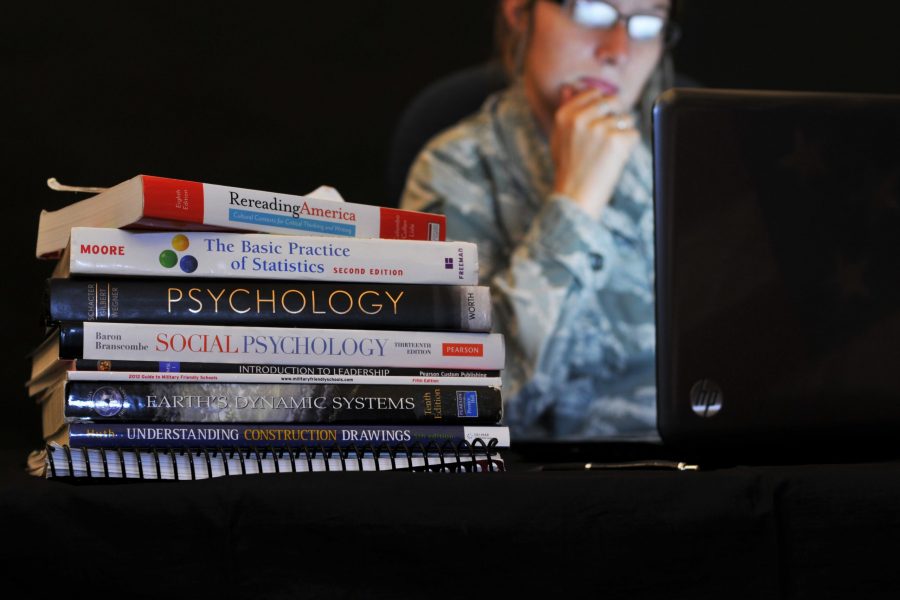 Top enlisted leaders defended the Air Force’s decision to reduce tuition assistance by $750, saying it was the best option available as the manpower directorate scrambled to find money over the summer or risk canceling classes.

In late September, the Air Force announced it was only going to pay $3,750 of college tuition for Airmen and space professionals each fiscal year, a reduction from the previous limit of $4,500. Chief Master Sergeant of the Air Force JoAnne S. Bass and Chief Master Sgt. Roosevelt Jones, the senior enlisted leader for the deputy chief of manpower, personnel, and services, speaking during an Oct. 26 town hall, said the service in 2020 had about $163 million allocated for tuition assistance. That funding ran out in July, and the service had to look elsewhere inside the A1 to make up that shortfall so it could eventually pay out about $180 million for tuition assistance.

“We had to go back and … try to find $17 million or $20 million dollars that wasn’t already allocated to it, otherwise we would have stopped classes come summertime,” Bass said. “The previous leadership team that was there was like, we have to find the money, but what [that] meant is … something else didn’t get funded.”

Money came out of other parts of the human resources domain, and going forward the service realized it couldn’t “count on that at the end of the year, … so we had to put some measures in place,” Jones said.

Officials discussed multiple options before reaching their decision, such as reducing the number of semester hours that could be used, or only allowing a certain amount per quarter that would likely be used quickly, meaning Airmen applying later would not be able to receive any funding. The service also considered reducing the total available to $3,000, before raising the amount.

“We wanted to make sure that we covered the majority of Airmen in the United States Air Force to be able to fund how much they normally utilize each year,” Jones said.

The Airmen who fall in the 20 percent who spend more can apply for an exception to policy to receive additional funding, Jones said.

“We had to put some measures in place to ensure that we had mil TA [military tuition assistance] for everyone, not just the few, not just [those] who got it quickly,” Jones said.

Overall, the Air Force pays more tuition assistance than the other services, Bass said, noting that going forward the service will continue to look at the issue to see if additional funding is appropriate.

From a leadership perspective, the negative feedback to the reduction has been “concerning,” Bass said. The military faces tough financial decisions, as budgets are likely to flatline or even shrink in fiscal 2022 and beyond, “and we can’t get shook at something like that. … When we look at our aging infrastructure, all of our airframes are antiques practically, and we’re looking at how do we maintain our readiness and how do we get after the Air Force We Need. We can’t get shook over $750.”