Skip to content
An F-35A from the 58th Fighter Squadron crash-landed at Eglin Air Force Base, Fla., on May 20. The pilot was able to eject. Air Force photo by Samuel King Jr.
Expand Photo 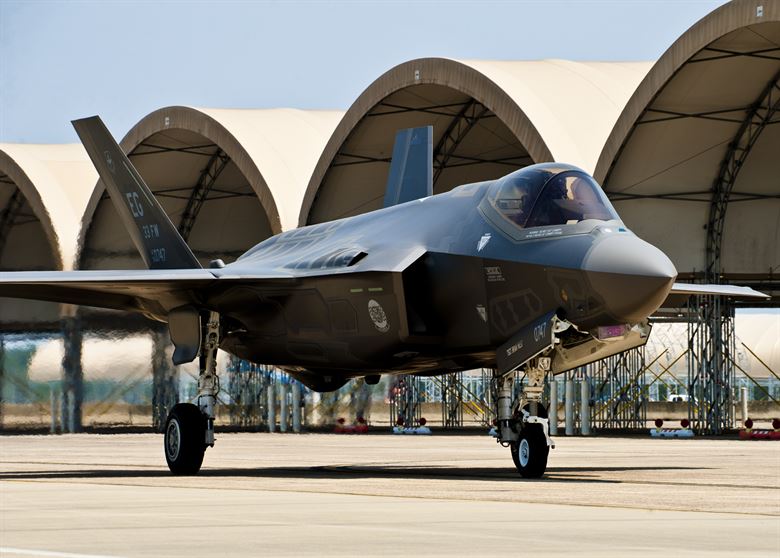 An F-35A from the 58th Fighter Squadron crash-landed late May 19 at Eglin Air Force Base, Fla., according to the 33rd Fighter Wing. The pilot safely ejected.

The crash marks Eglin’s second recent fifth-generation jet mishap, following the May 15 crash of an F-22 assigned to the base.

The F-35A crashed around 9:30 p.m. after a routine night training sortie, the fighter wing said on Facebook. The pilot was in stable condition and went to Eglin’s 96th Medical Group for evaluation and monitoring. No civilian property was damaged in the crash, which will be formally investigated.

On May 15, an F-22 from the 43rd Fighter Squadron at Eglin also crashed. The jet, which relocated from nearby Tyndall Air Force Base after the 2018 hurricane, was flying a training sortie at the Eglin range when the pilot was forced to eject. That aviator was taken to the same hospital on base.

Brig. Gen. Scott Cain, commander of the 96th Test Wing at Eglin, said May 21 will be a safety “down day” at the base following the two crashes, with flight operations expected to continue after the Memorial Day weekend.

The May 20 crash is the first for the Air Force’s F-35A fleet, and the second for the F-35A variant, which is also used outside the U.S. This marks the joint F-35 program’s third crash overall.

On April 9, 2019, a Japan Air Self-Defense Force F-35A crashed into the Pacific Ocean after taking off from Misawa Air Base. On Sept. 28, 2018, a U.S. Marine Corps F-35B crashed near Marine Corps Air Station Beaufort, S.C. That crash prompted a global grounding of the fleet, and an investigation found the crash was caused by a defective fuel tube.

There have been three “Class A” mishaps–classified as causing at least $2 million in damage–over the course of the USAF F-35A’s lifespan, according to the Air Force Safety Center.