Skip to content
A 43rd Fighter Squadron F-22, like the one shown here in November 2017, crashed on May 15, 2020, about 12 miles northeast of Eglin Air Force Base. Air Force photo by Senior Airman Sergio A. Gamboa.
Expand Photo 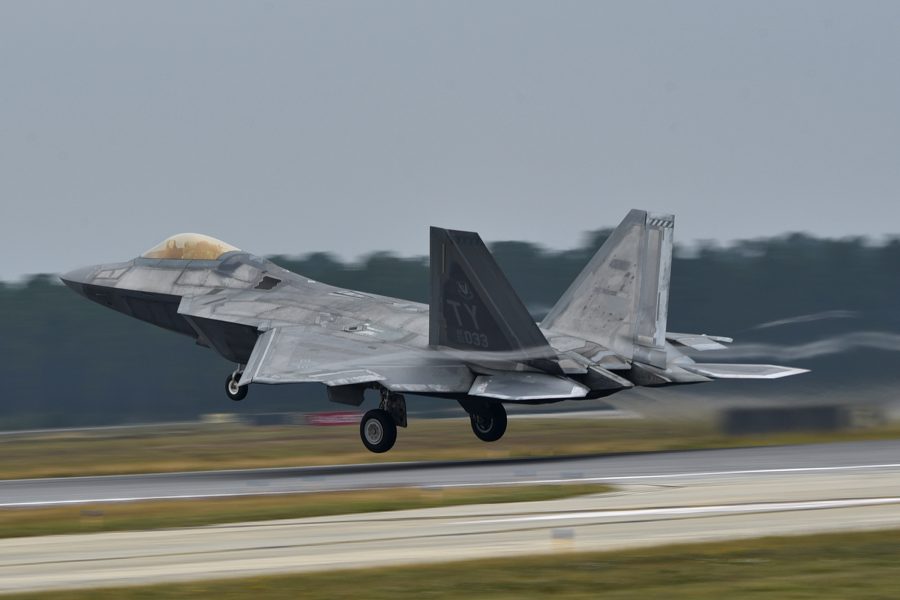 An F-22 from the 43rd Fighter Squadron at Eglin Air Force Base, Fla., crashed the morning of May 15 just north of the base. The pilot safely ejected and was taken to the hospital for evaluation.

The F-22, assigned to the 325th Fighter Wing, was flying a training sortie with Eglin’s 33rd Fighter Wing about 12 miles northeast of Eglin in the base’s test and training range when the pilot was forced to eject.

The pilot was taken to the 96th Medical Group hospital at the base and is in stable condition, according to an Air Force release. There was no loss of life or damage to civilian property related to the crash. The Air Force is investigating the crash.

Nearby Tyndall Air Force Base, Fla., canceled a planned flyover because of the crash, the base said in a statement.

After a Category 5 hurricane struck Tyndall in the fall of 2018, the Air Force moved many of the F-22s previously based there to other Raptor bases. The F-22s that remained have been split between Tyndall and Eglin as the service conducts environmental impact studies needed to complete movement of the aircraft. The F-22s are leaving Tyndall to make room for 72 F-35s.

The mishap marks the fifth crash of an F-22 resulting in the destruction of the aircraft. The last total loss occurred in 2013, according to Air Force Safety Center data. As of the end of fiscal 2019, there had been 44 total “Class A” mishaps with the aircraft, meaning the loss of a life or total damages of more than $2 million.