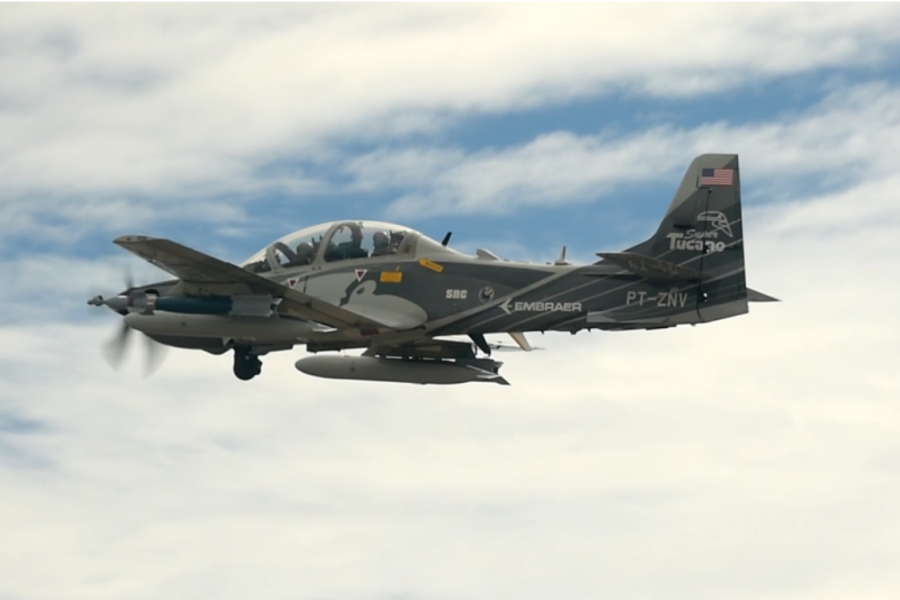 Lawmakers want to quash the prospect of buying new armed overwatch planes for special operations troops or the Air Force in the next few years, as part of the final draft of the 2021 defense policy bill released this month.

For the past few years, USAF has toyed with the idea of purchasing light attack aircraft to assist with counterterrorism operations and to bolster foreign air forces. It launched experiments that brought in multiple competitors for flight tests but ultimately fell short of a large squadron-building effort.

U.S. Special Operations Command also began its own inquiry into a possible armed overwatch fleet that vetted designs from Sierra Nevada Corp., Textron Aviation, Air Tractor, and Leidos. The organization said earlier this year it wants 75 aircraft over the next several years for close air support, precision strike, and intelligence, surveillance, and reconnaissance missions in the austere regions where SOCOM works.

But Congress is less enamored of that plan than it was with the Air Force’s initial bid.

Lawmakers want to block SOCOM from buying armed overwatch aircraft in fiscal 2021, as well as the Air Force through fiscal 2023. The bill zeroes out the “armed overwatch/targeting” funding line, which had asked for $101 million and five planes.

Members pointed out that they have asked SOCOM for a “comprehensive analysis” of their requirements for the program, including whether manned or unmanned aircraft could do the job. Lawmakers “stressed the necessity of a thorough analysis of the future threat environment and impacts to concept survivability, potential changes to future doctrine, force employment, and the associated impacts to aircrew training and retention,” according to the defense policy package.

Earlier versions of the House and Senate’s respective National Defense Authorization Act drafts also called for further analysis of the special operations program before they are allowed to spend money on new planes. The Senate had wanted the Chief of Staff of the Air Force to certify that the service lacked the means to provide armed overwatch and close air support in combat. USAF currently fulfills the mission using platforms like the A-10 attack plane and fighter jets.

A Senate staffer told reporters that Capitol Hill will wait for the results of the study that is still ongoing before approving any procurement money. Alternative options or concerns could arise from that analysis that have not come up in the military’s search for the planes so far.

“There was no pushback as to the need for the capability, it was just the implementation” in question, the staffer said.

Not everyone on the Hill has been on board with slowing light attack and armed overwatch procurement.

“Whether it’s Africa, the Middle East, South Asia, South America, we are going to be engaged with our local partners on the ground in low-intensity conflict, I think, for the foreseeable future,” Rep. Michael Waltz (R-Fla.) said in 2019. “We are in a generational war against extremism. To that end, we can’t shift too far away from our counterterrorism mission toward near-peer competition.”

The National Defense Authorization Act passed the House with a veto-proof majority, 335-78, on Dec. 8. It is expected to pass in the Senate as well. President Donald J. Trump must still approve the bill for it to become law, but has threatened to oppose it.