Skip to content
James Anderson, the nominee to be the deputy under secretary of defense for policy, testifies before the Senate Armed Services Committee on May 7, 2020. SASC video screenshot.
Expand Photo 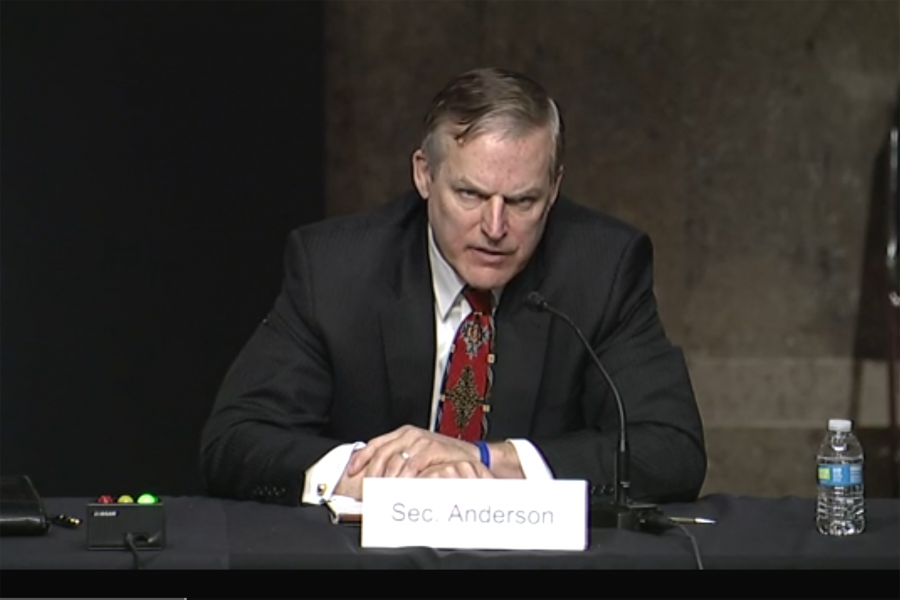 The Pentagon is proceeding with its planned drawdown to 8,600 troops in Afghanistan by July, but the situation will be “reassessed” with possible additional deployments if the Taliban does not stop attacking Afghan forces, a nominee to help lead Defense Department policy told lawmakers May 7.

James Anderson, the nominee to be the deputy under secretary of defense for policy, told the Senate Armed Services Committee the Taliban has refrained from attacking U.S. troops and major urban centers, but the group has been “robustly” targeting Afghan forces at an “unfortunate level.”

The agreement between the U.S. and Taliban, announced Feb. 29 lays the groundwork for a possible end to the 19-year-old war, with American forces dropping from 12,000 to 8,600 within 135 days toward a possible full withdrawal if the Taliban holds up its end of the agreement.

“We’re going to reassess all the conditions going forward,” Anderson said. “I would hope that the deal would not collapse. [The Taliban] have shown a commitment to at least part of it so far. And hopefully they will honor the remaining portions. If they don’t, then we’ll reassess and we’ll do what we need to do.”

Defense Secretary Mark Esper told reporters May 5 the political leadership of Afghanistan needs to come together to form a negotiating team to talk to the Taliban to determine a way forward.

In the meantime, U.S. forces are continuing to strike Taliban targets to defend Afghan forces “when they are attacked, inconsistent with the agreement,” Esper said. The U.S.-led mission and Air Forces Central Command have stop providing public reporting on these efforts.

“We remain committed to our Afghan partners,” Anderson said. “They have paid a heavy price … They have in fact been doing most of the fighting since 2015 and we have been supporting them in our training, advise, and assist role. So, it is my view that going forward in Afghanistan, we absolutely need to continue to maintain a level of commitment in terms of our assistance to them so that they can continue to help defend their country.”