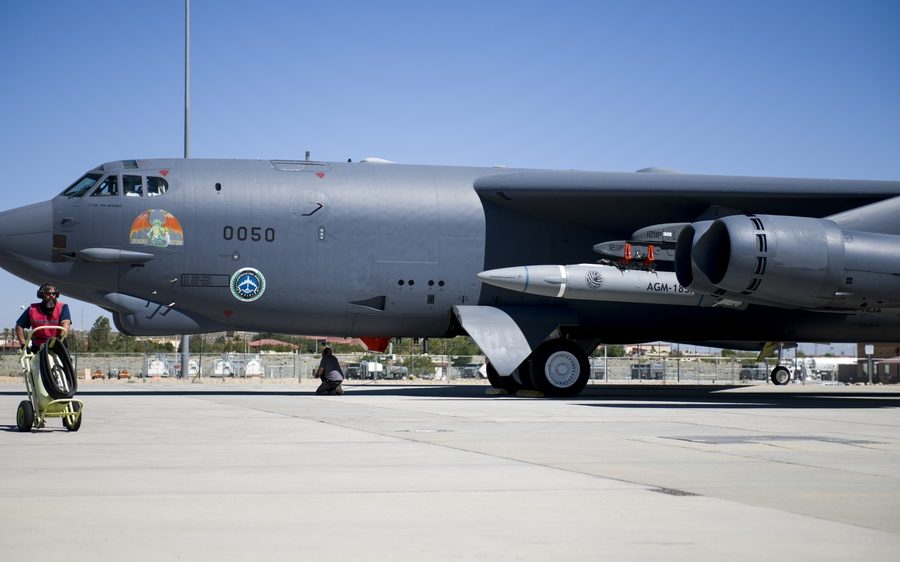 DOD Mum on China’s Nuclear-Capable Hypersonic Weapon, Hints US Needs to Step It Up

Across the defense establishment, government officials have declined to comment on a recent report that China fielded a nuclear-capable hypersonic weapon in August, but on Oct. 19, defense policy nominee Alexandra Baker told senators there was a “sense of urgency” for the Defense Department to develop similar capabilities.

Baker addressed senators during her nomination hearing to be deputy undersecretary of defense for policy when she said the U.S. needed not only hypersonic weapons but space-based weapons to counter China.

“We … will need to have a sense of urgency about developing not only the capabilities but the concepts of operation that will allow us to counter some of the developments that we’re seeing the PRC put forward,” she said, referring to the People’s Republic of China.

“They have pursued a strategy of seeking to blunt U.S. advantages over a number of years, so not only in terms of hypersonics but also in space, counterspace, cyber,” she added. “All of these are areas that if confirmed, I would seek to prioritize.”

For two days, DOD officials representing U.S. Space Command, the Pentagon, and the Defense Secretary refused to comment directly on the alleged Chinese capability reported by Financial Times on Oct. 17.

“We will not comment about the specifics of these reports,” Pentagon Press Secretary John F. Kirby said. “We have made clear our concerns about the military capabilities China continues to pursue, capabilities that only increase tensions in the region and beyond. That is one reason why we hold China as our No. 1 pacing challenge.”

At an Oct. 18 event hosted by the Missile Defense Advocacy Alliance, Air Force Col. Kristopher Struve, vice director of operations for North American Aerospace Defense Command, also opined on the threat posed by advanced hypersonics, according to a report by Defense One.

“It’s that ability to provide a warning to our national leadership,” he said. “The thing that concerns us with hypersonics is our warning time and our warning capability, as these things launch high and then cruise at a lower altitude than we see our normal ICBMs.”

Senators were eager for more information about the threat during the Oct. 19 nomination hearing.

“The entire DOD, including the Army, does need to continue to work rapidly to improve our deterrence capability, including in the area of hypersonic missiles,” he said.

The Financial Times story cited five people familiar with the test, saying the Chinese weapon circled the globe before reentering the atmosphere at hypersonic speeds. Although the missile reportedly missed its target by more than 20 miles, according to U.S. intelligence, it demonstrated advanced Chinese progress on hypersonic weapons.

Air Force Secretary Frank Kendall was explicit about the need for similar hypersonic and even space-based weaponry in recent comments at the Air Force Association’s Air, Space & Cyber Conference on Sept. 20.

“​​There is a potential for weapons to be launched into space, then go through this old concept from the Cold War called the Fractional Orbital Bombardment System,” Kendall said.

The Air Force Secretary said such a launch would not require a traditional ICBM trajectory.

“It’s a way to avoid defense systems and missile warning systems,” he explained.

Kendall also made a reference to other offensive capabilities, saying there is “a potential to actually put weapons in space.”

In his keynote address at ASC, Kendall warned about the growing sophistication of Chinese weaponry, including “hypersonic weapons, a full range of anti-satellite systems, plus cyber, electronic warfare, and challenging air-to-air weapons.”

The range of these weapons has “gone from a few hundred miles to thousands to literally around the globe.”

Recent U.S. tests of hypersonic weapons have shown mixed success, with several failed tests reported by the Air Force in 2021.

“I would like to see it be better,” Kendall said of progress on hypersonics, declaring he was “unsatisfied.”

“I think we will get there,” he added. “But we have to solve the problem first of where we’re trying to go, and then get there as quickly as possible.”