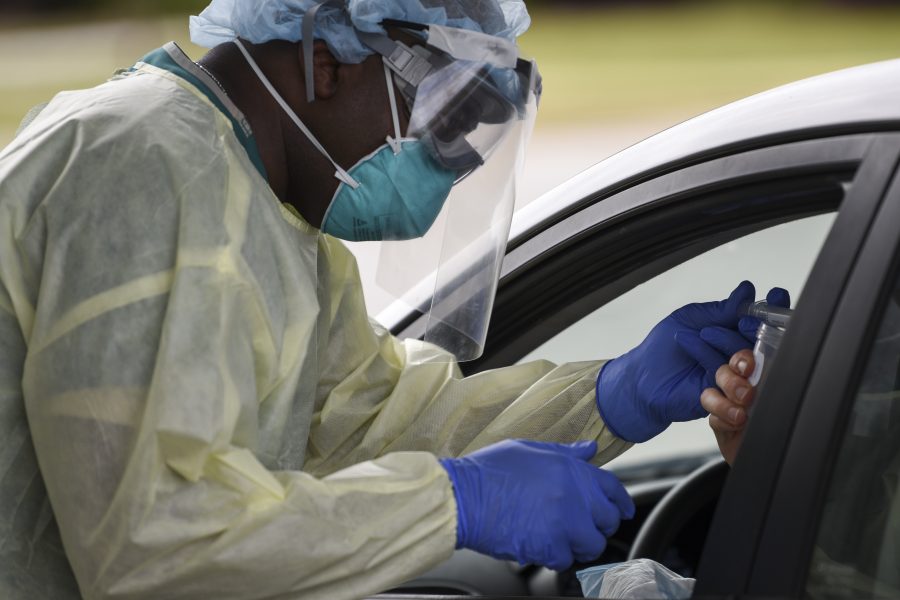 The Pentagon is adjusting its COVID-19 testing policy, with a new emphasis on screening service members in its highest priority missions in addition to diagnosing troops who are already sick.

As the new coronavirus outbreak spread, the Defense Department used its limited testing resources to confirm cases at bases across the globe. But, with an expected increase in testing capability and materials in the coming weeks, the DOD also plans to start testing seemingly healthy service members who are a part of critical missions like nuclear deterrence and homeland defense, Vice Chairman of the Joint Chiefs of Staff Gen. John Hyten said April 22.

Priorities for testing people who are not already exhibiting symptoms include:

Tier one testing is underway, with the DOD “making sure that they are always full up, always ready to go,” Hyten said.

“It’s important to note that testing by itself … does not enable us, at this time, to improve our readiness and availability. Testing alone doesn’t do that,” Hyten said. “However, it is a powerful tool that’s helpful when combined with quarantine and the other public health items that can improve our overall force availability.”

While the national response to the coronavirus outbreak has been hindered by a shortage of supplies, the Pentagon and the White House are using tools such as the Defense Production Act to turn that supply problem “into a logistical problem, something we’re really good at,” Hyten said.

The Pentagon expects to be able to test all tier one personnel this month, and “move rapidly into tier two and three,” with testing of the entire force expected to go through the summer, he said.

If the increase in supplies and testing capability progresses as scheduled, the Pentagon expects to be able to conduct 60,000 tests per week by the end of May, Deputy Defense Secretary David Norquist said.

As of April 22, the Defense Department has 5,734 total COVID-19 cases, including those who have recovered or died. Of those, 3,578 cumulative cases are service members. There are at least 337 cases among the Active and Reserve Air Force.