Skip to content
An MH-139 “Grey Wolf” helicopter is parked for a static display at Minot Air Force base, North Dakota, Oct. 29, 2022. The fleet of up to 84 MH-139s will assume the role of protecting U.S. intercontinental ballistic missile (ICBM) bases and the transportation of U.S. government and security forces. U.S. Air Force photo by Senior Airman Zachary Wright
Expand Photo 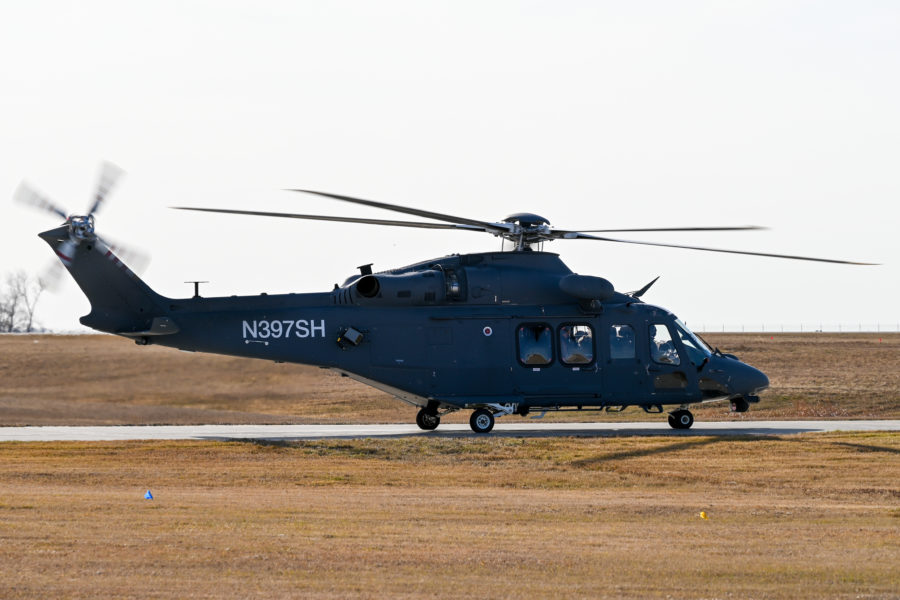 Editor’s Note: This story was updated Jan. 25 to include the Air Force’s updated timeline for a Milestone C decision on the MH-139.

Problems with the automatic flight control system, sensor display, and intercom system, along with its cabin layout and “restrictions on takeoffs in crosswinds or near obstacles” have raised concerns during ground and flight testing. The DOD Office of the Director of Operational Test & Evaluation (DOT&E) 412-page annual report, released Jan. 19, covers more than 240 programs the office reviewed in the past year. Its conclusions and recommendations on the Grey Wolf were not previously widely known.

DOT&E questioned the MH-139 program’s testing regimen, including both the amount of testing leading up to a key milestone and the enduring need for ballistic and electromagnetic testing.

The MH-139 is intended to replace the Air Force’s aging UH-1N Huey helicopters used by security forces to support the service’s missile fields and also to transport government and visiting officials around the Washington, D.C., area.  Based on the AgustaWestland AW139 civilian helicopter, it is supposed to offer enhanced performance, which requires testing to prove crews can “operate up to the edge of the allowed operating envelope.”

The concerns in the report emerged only a few months after Air Force officials had voiced optimism that the Grey Wolf was regaining momentum and ready for military utility testing after months of delays.

When a team of Boeing and Leonardo first won the contract for the aircraft, initial operational capability was projected for 2021. Delayed Federal Aviation Administration certification, however, pushed that timeline back.

While DOT&E found that military flight testing has been close to plan, the report said “persistent problems in acquiring technical data and some aircraft components from the contractor are delaying execution of some portions.” Meanwhile, tests conducted so far indicate problems the agency says that “represent a risk to MH-139 meeting operational effectiveness requirements.”

Among the newly identified deficiencies:

The Air Force is working on these issues, the report said: “The program is pursuing options to modify the cabin layout to support the tactical response forces and their required equipment while also working with [Air Force Global Strike Command] to update their concept of operations.”

The expanded flight envelope may present maintenance issues by straining powertrain components, and testing is still ongoing on the helicopter’s armor and fuel system against ballistic threats.

Yet amidst these issues, the DOT&E report notes that the Air Force is still planning on reaching a Milestone C decision—whether or not to enter production—in the near future.

“Due to the limited time between the start of government-led flight testing and the Milestone C decision, there are limited opportunities to collect operationally representative performance data to inform the decision,” the report said. It recommended more time for such testing before committing to production.

The report also made recommendations involving the helicopter’s survivability, urging testing for both electromagnetic pulses and ballistic threats.