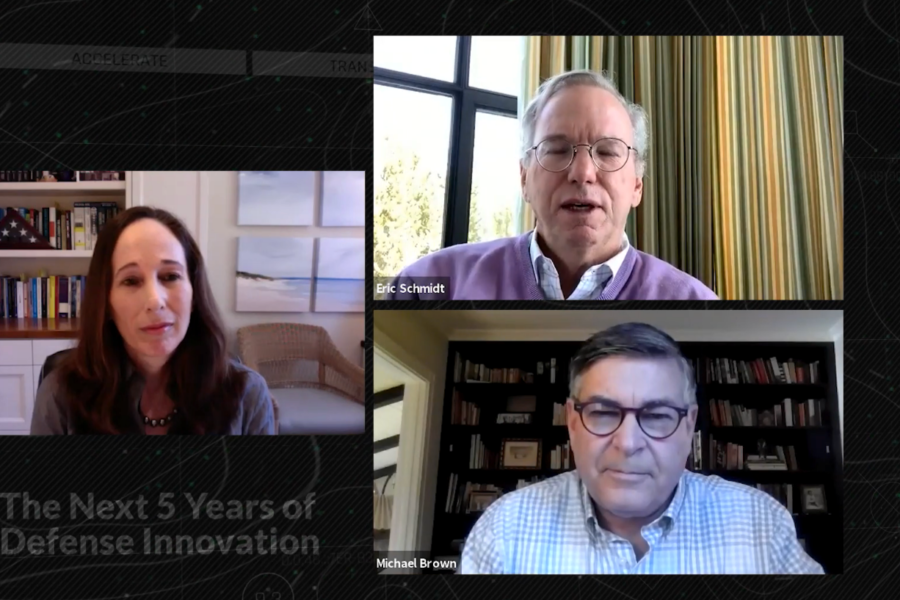 Defense Innovation Unit Closes In on $1B in Contracts

The Defense Innovation Unit and its partnering Defense Department organizations transitioned six projects to programs of record in 2021, awarding contracts to eight companies in categories that ranged from assessing cyber threats to launching rocket payloads.

A part of the Office of the Secretary of Defense, the DIU seeks out “commercial solutions” to DOD needs in hopes of rapidly prototyping, fielding, and scaling up the availability of the technology or service.

Transitioning the six projects brought the DIU’s total to 35 since its creation in 2015, according to the office’s 2021 annual report. The DIU works with other DOD entities such as combatant commands, the Missile Defense Agency, and the individual services to award the contracts.

The total value of all contracts awarded since June 2016 amounted to $892.7 million by the end of fiscal 2021. The DIU posted 26 new solicitations on DIU.mil during the fiscal year.

Commercial Threat Data: LookingGlass Cyber Solutions received an OTA contract with a $14 million ceiling for “commercial cyber threat intelligence and analytics,” according to the annual report. “LookingGlass’ solution synthesizes global internet data with adversaries’ capabilities and motivations to provide a threat modeling environment that speeds up the cyber intelligence cycle and reduces the skill-barrier for advanced cyber analysis.”

Cyber Asset Inventory Management: IntelliPeak Solutions received an OTA contract with a ceiling of $164 million for its Axonius platform to incorporate data from across DOD “to understand all deployed assets, their current software and firmware, and their configurations.” The DIU estimated that contracting for the existing platform saved three years vs. developing something from scratch.

Cyberspace Deception: CounterCraft received a sole-source General Services Administration contract with a $30 million ceiling for a “cyber deception” platform “to proactively provide warnings of unauthorized activity and hunt for threats.”

Installation Counter-Unmanned Aerial Systems: Anduril received an OTA contract with a ceiling of $99.9 million for a system combining artificial intelligence and sensors to detect and warn against commercially available small UASs that “pose threats … when weaponized or deployed for surveillance.”