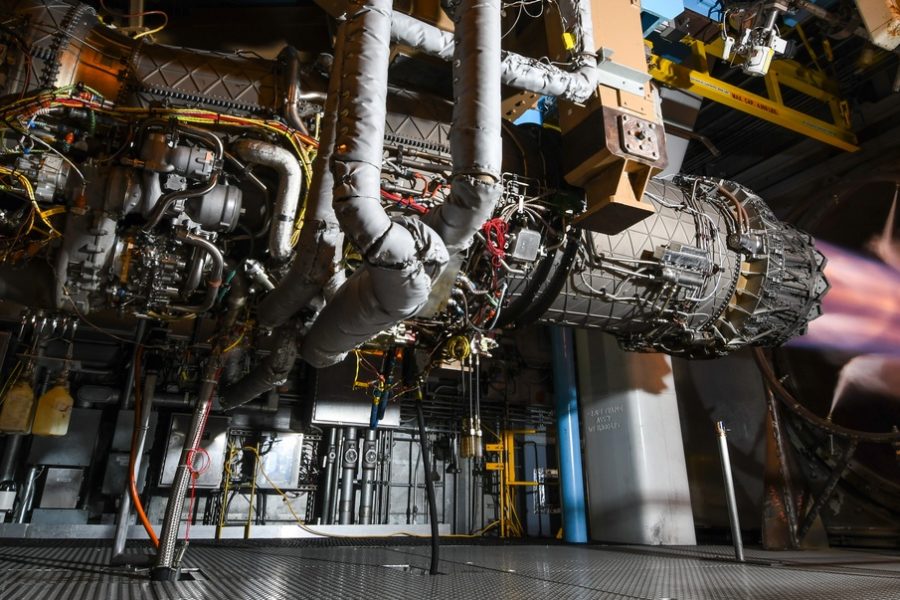 Whether the F-35 fighter will get new engines from the Air Force’s cutting-edge Adaptive Engine Transition Program is a question that needs to be resolved at the Defense Department level, Air Force Secretary Frank Kendall told lawmakers May 17—and he anticipates an answer in the 2024 budget.

“There are a number of options to improve the performance of the F-35 engine,” Kendall told the Senate Appropriations defense subcommittee. “The problem we have is that it’s a fairly complicated situation.”

For months now, members of Congress, Air Force officials, industry partners, and the F-35 Joint Program Office have talked about potential changes to the F-35’s F135 engine manufactured by Pratt & Whitney. Options have included either a modernized F135 “Enhanced Engine Package” or an advanced engine from AETP, which would provide substantial increases in performance and efficiency.

Engines from AETP are likely to power the Air Force’s planned sixth-generation fighter, the Next Generation Air Dominance platform. But both Congress and the Air Force has expressed an interest in getting those engines on the F-35 as well—lawmakers have introduced legislation requiring such a change starting in 2027, and Kendall said early in his tenure that he’d like to do so if it’s affordable.

That, however, has been a major sticking point. The Joint Program Office has made clear that any member of the F-35 program that wants to be “different” has to pay the full cost for that, which would include the development and integration of the AETP engines.

It’s unclear whether the Navy, the Marine Corps, or any of the other nations in the F-35 program are interested in splitting the costs of such an effort with the Air Force. GE Aviation, the maker of one of the AETP engines, has said its engine wouldn’t be able to go in the Marines’ F-35Bs, though it would fit on the Navy’s F-35Cs.

None of the other services or partners have agreed on the need for the AETP engine, Kendall confirmed to Sen. Susan Collins (R-Maine).

“Each of the services and each of our partners is in a different situation with regard to the economics of doing that and the performance requirements,” Kendall said. “We have the largest fleet in the Air Force—we will have the largest fleet. So we have the greatest interest in this, I think, but there’s a significant cost associated with a brand new engine, development of that. It’s less expensive to do an upgrade, perhaps, and get increased performance, and then there are other options in between.”

With so many different perspectives and needs to juggle, Kendall said that the Office of the Secretary of Defense will need to make a final call on any changes, seemingly hinting that the Air Force won’t look to “go it alone” with their own separate effort.

“The Department of Defense has to make a decision overall about engine modifications and upgrades for the F-35. I expect that process to take place over the next few months as we build the [2024] budget,” Kendall told Collins. “What the Air Force has funded is continuing the AETP technology development, but we’re going to need to have a decision at a higher level about the overall program for F-35 engine modifications and upgrades.”

The Pentagon and the Air Force released their 2023 budget request in late March, and Congress is in the process of marking up that budget. Planning for the 2024 budget, however, is already underway.

“It’s a complicated situation, and we’re going to have to sort it out at the DOD level as we go through the process of preparing the 2024 budget,” Kendall said.

Editor’s Note: This story was updated at 11:30 a.m. May 18 to clarify that GE Aviation’s AETP engine can be integrated into the F-35C without modifications.